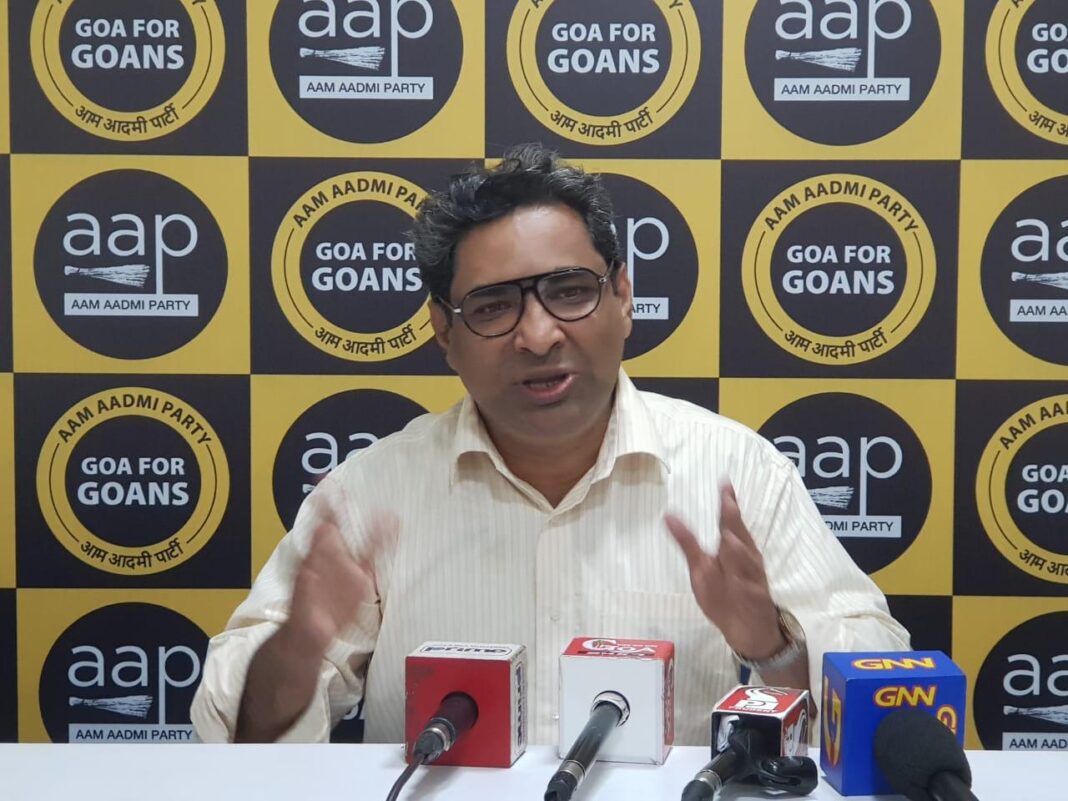 The Atal Setu which was inaugurated in 2019 at the whopping cost of 1400 crores has been closed for the maintainance in two years of time. Bhartiya Janata Party which claims itself to be party of progress and development is nothing but an epitome of Bhrashtachar Janta Party, alleged Rahul Mhambre, AAP Goa Convenor.

“The Atal Setu arm from Merces circle has been closed for vehicular traffic from the last 100 days to undertake work of overlaying and hot mixing from Merces circle to KTC bus stand. It was closed three month back and people of Goa have been told that the bridge is closed only for 100 days. The 100 days has been passed but there is no sight of completion of the work”, Mhambre added.

He further said, “the showers of November have created potholes on the roads which is dangerous for the commuters. Since the third bridge across River Mandovi was thrown open for vehicular traffic in 2019, every monsoon potholes have appeared on the bridge making it difficult for motorists to drive. Earlier, media reports revealed that the main reason for the situation was the hurry in which bridge was inaugurated. There was no proper curing period and that is why the tar is giving way”.

“The corruption is evident on each and every occasion and each and every projects of the government, has been done in the state. In the name of events as well they are spending crores of rupees. A government should work for the citizen and should able to provide basic facilities but here the government is busy with event management”, said Mhambre.