The Insensitive BJP Government are “KILLERS” of innocent Covid Patients, Govt. must order judicial inquiry by a retired High Court judge of all Covid deaths in Goa- Girish Chodankar 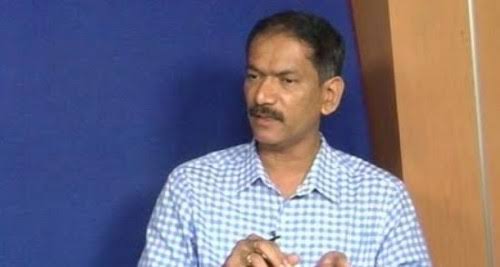 Margao – The reports of complete lethargy and negligence at the Goa Medical College which resulted in unfortunate death of eminent doctor from Margao Dr. Mario Godinho has once again exposed the ill preparedness of the defective BJP Government in managing the Covid Pandemic. The corrupt Health Minister Vishwajit Rane has no moral right to continue in his chair and must resign immediately demanded Goa Pradesh Congress Committee President Girish Chodankar.

It is disturbing to note that Dr. Mario Godinho was made to sleep on the stretcher for almost six hours. It is horrifying to know that the ventilator provided to Dr. Mario Godinho had a break down almost four times. Various media reports suggest that one of the Nurses in GMC went to give insulin to Dr. Godinho when he was not a diabetic patient.

We once again demand that the Government must order impartial judicial inquiry by a retired High Court Judge of all the deaths which have occurred due to Covid in Goa. We want to recall that the Congress Party had raised serious questions on the death of our two time MLA late Jitendra Deshprabhu and had asked the Chief Minister to probe his death stated Girish Chodankar.

The insensitive BJP Government in Goa has turned out to be the “Killers” of the innocent Covid patients. The Chief Minister Dr. Pramod Sawant and the entire cabinet along with the BJP party cadre remained in celebrations mode banging Thaalis and lighting Diyas when the nationwide lockdown was announced. The Government miserably failed to create necessary health infrastructure and other facilities to treat Covid patients, which has now resulted in spike in Covid cases and rise in death toll charged Girish Chodankar.

The adamant Chief Minister Dr. Pramod Sawant refused the suggestion of the Congress Party to start Community Testing and instead went ahead with Community Survey, the outcome of which is still not known to the people of Goa. The Government rejected the demand of the Congress Party to go for Lockdown of Vasco after the outbreak of Covid in Mangor Hill area. The irresponsible decision of the Government resulted in rapid spread of the virus all across Goa claimed Girish Chodankar.

The insensitive BJP Government deliberately delayed the commissioning of the South Goa District Hospital despite our CLP Leader Digambar Kamat demanding that the said hospital should declared as Covid Hospital in early April. The lethargic approach of the Government resulted in Covid Patients forced to sleep on the floors and stretchers.

The BJP Government is busy in making fortunes from “Business of Peoples Sickness” charged Girish Chodankar.