Listen to the voice of Melauli, don’t muzzle it: AAP asks Govt 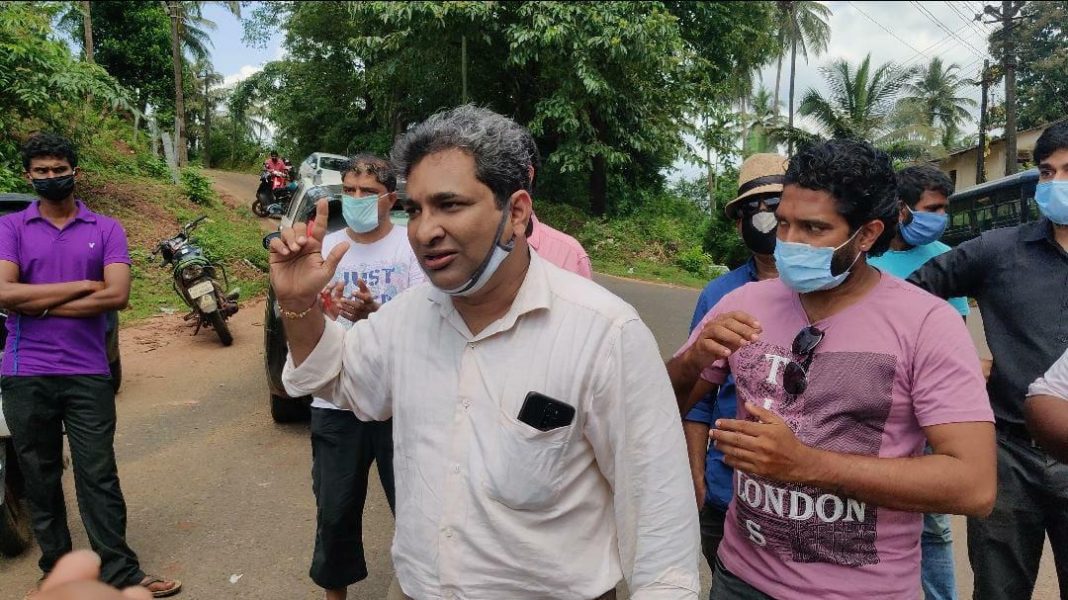 Aam Aadmi Party volunteers have done a strong protest in front of Valpoi police station demanding release of one of its volunteer Vishwesh Prabhu. Vishwesh was actively involved in the protest done by Melauli villagers opposing Govt’s forced approach of setting up IIT without considering the issues of locals. Vishwesh was arrested late night, he is a Covid patient.

“We are here to protest unlawful detention of our Volunteer Vishwesh Prabhu, he is a Covid patient and all norms were violated to arrest him, who would be responsible if unfortunate event happens? if voicing your opinion in a democracy is a crime then arrest all of us”, said Rahul Mhambre.

If at all IIT was required then why it has been forcefully imposed on the villagers? Govt has failed to clear the doubts, it would have been much better to involve all the stakeholders before hand.

“Its the voice of the people that matters in the democracy, Villagers of Melauli demands a white paper from the Govt providing details of the intent, in return Govt is trying to use force to muzzle the voices of concern”, said Rahul Mhambre.

Why Govt is taking all the ancestral land? People have their trees, crops and plants. People have the right to ask the questions and it is Govt’s duty to provide justification. Govt is using police force to suppress Melauli’s voice. We have never expected such a black day in Goa when people’s voices will be suppressed like this.

Thousands of Villagers have gathered in front of the Valpoi police station, all they want is clarity.
“Vishwajeet Rane’s family Raj is not acceptable to Goans, the number of people joining the protest is clear indication to it. It is time that Mr. Rane sheds his ego and speak to the people and uses a democratic approach instead of “Hukum Shahi”, FIR filed against the villagers must be quashed immediately,” said Rahul Mhambre.