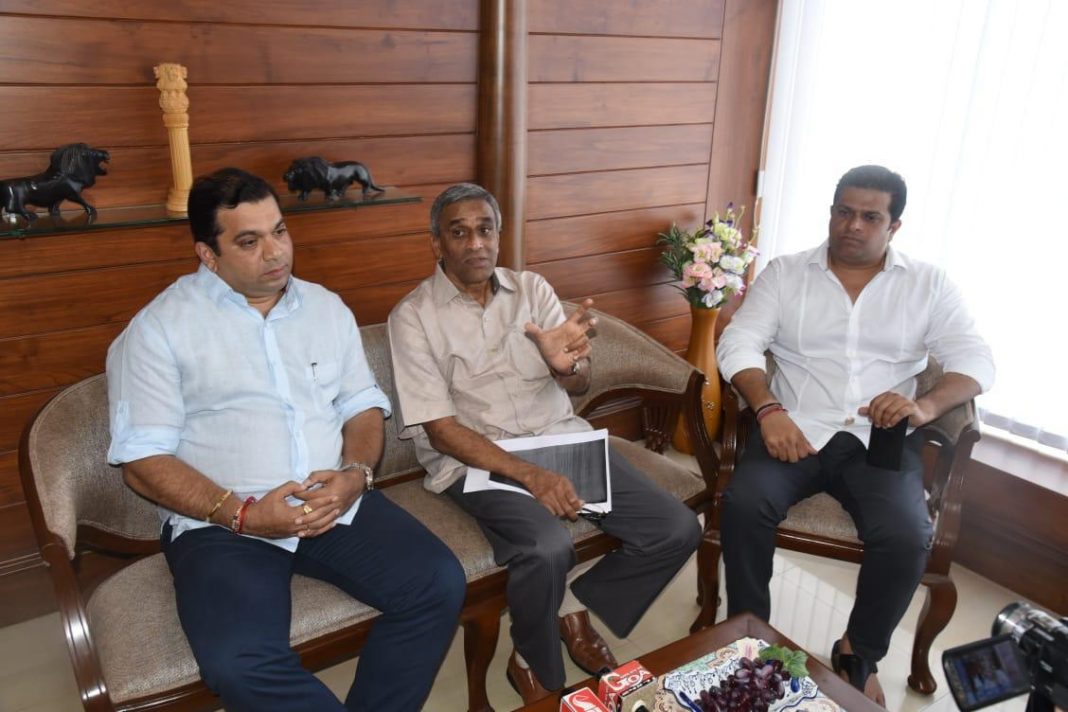 Panaji: Goa Forward Party chief and former Deputy chief minister Vijai Sardesai on Tuesday said that ten Congress MLAs had committed “political suicide” to eliminate all the three of his party MLAs from the cabinet.

Sardesai along with his two colleagues were dropped from the cabinet by chief minister Pramod Sawant this month after a group of ten Congress MLAs split to merge into BJP.

In an extensive interview, Sardesai said that the entry of ten Congress MLAs into BJP was unexpected, though he knew that they were trying to join the saffron party for so long.

“When there was a stability and the government was running smoothly, we were not expecting that such a huge wholesale defection would happen,” the former Deputy CM said.

“A group of ten Congress MLAs were taken into BJP only to remove us. To eliminate three, ten MLAs committed political suicide,” he said.

“This could not even be thought of. When this proposal had gone to then CM Manohar Parrikar, he had unequivocal stand that those who contributed to him to get the power in 2017, will continue with him till this whole term,” he said.

Sardesai said that the stunning part is that BJP which is known to respect its allies has taken such a step. “Atal Behari Vajpayee ran NDA government with allies despite having clear majority for BJP. Parrikar entertained MGP in 2012 despite having numbers,” he said.

“History tells you that NDA is trying to show an image of being respecting dependable allies, which they have gone against their own history. This appears to be only because of present chief minister,” Sardesai said.

He claimed that there was no ill-feeling or mutual distrust in the government when there was a decision to induct ten more MLAs from Congress.

“Whatever Sawant has done is backstabbing due to which there has been distrust created in NDA allies. Today BJP might have numbers on its own, they may not need allies but still this behaviour is considered unnatural,” he commented.