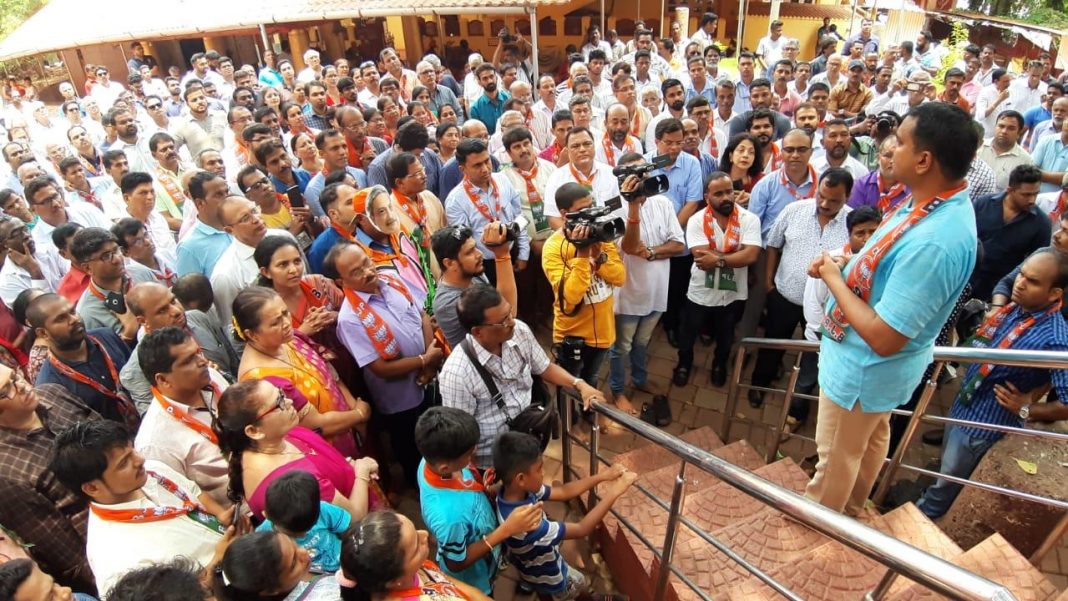 Panaji: BJP seems to have concentrated its star power in Panaji.  Former MLA Siddharth Kunkolienkar filed his nomination from Panaji Assembly constituency on BJP ticket, where he would be contesting to retain the seat which was represented by former Chief Minister Manohar Parrikar.

The election in this constituency has been necessitated after death of then Chief Minister Manohar Parrikar, who died on March 17, 2019.

Addressing workers, Sawant said  “contest is between a candidate with character and another whose character is questionable.”

The chief minister was apparently referring to Congress candidate Atanasio Monserratte who was booked in the year 2015 for raping minor girl and also for human trafficking.

Sawant said that people of Panaji would vote for BJP and the party will retain the seat, which they have been wrestling for last 25 years.