Shripad Naik is doing well, condition is much better: GMCH 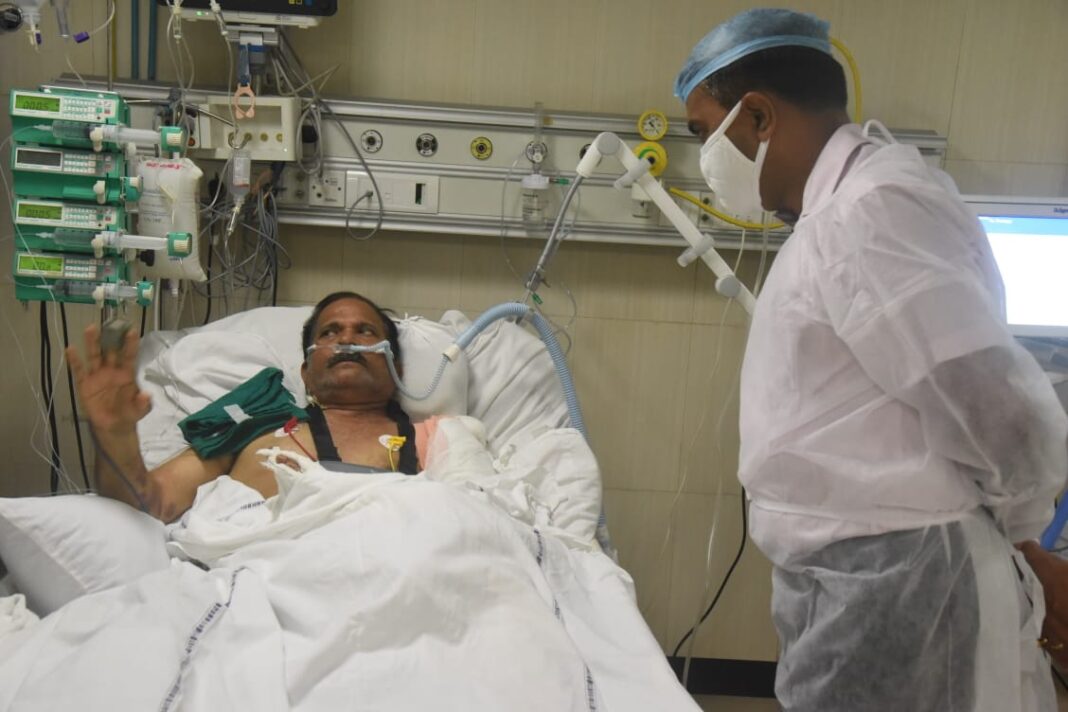 Panaji:Union AYUSH Minister Shripad Naik is doing well and his general condition is much better, Goa Medical College and Hospital said on Sunday.

GMCH Dean Dr Shivanand Bandekar, in a medical bulletin issued here, said that Naik is doing well and his general condition is much better.

“All his vital parameters including Blood pressure, Pulse rate and oxygen levelsare within normal limits,” he said.

Naik still continues to be on high flow nasal cannula oxygenation, Bandekar said adding that all his blood values are within normal limits.

The GMCH has said that his left upper limb and left lower limb dressings have been changed today and wounds are looking healthy. “Upper limb and lower limb passive and active assisted mobilization were done today,” he said.

Naik continues to be on semi solid diet, Bandekar said.

The minister was admitted to GMCH last Monday after he met with an accident, while on his way back to Goa from Karnataka. His wife and a close aide had succumbed to the injuries.