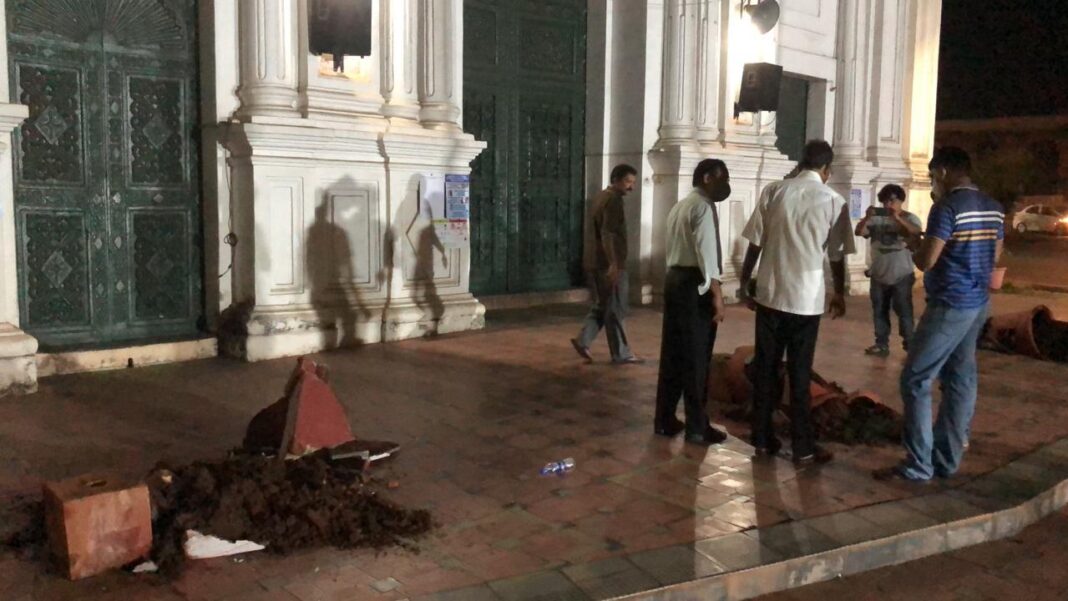 Margao Police said that the accused who tried to escape from the scene after committing the offence met with an accident.

A senior police official said that the incident happened on Sunday late evening wherein the accused who is identified as Gupta (full name not known) vandalized property outside Holy Spirit Church, Margao and also damaged the vehicles parked outside the structure.

The accused tried to flee from the place during which he hit the oncoming vehicle on the main road, he said.

He was shifted to Sub District Hospital for treatment by some locals, who later identified him to be involved in vandalizing Church property.

“We have cross checked with the CCTV footage of the Church and we have found that he is the same person,” police said, adding that the accused was under the influence of alcohol when he committed the offence.

Fatorda MLA Vijai Sardesai rushed to the spot after the news about vandalizing of the property arrived.