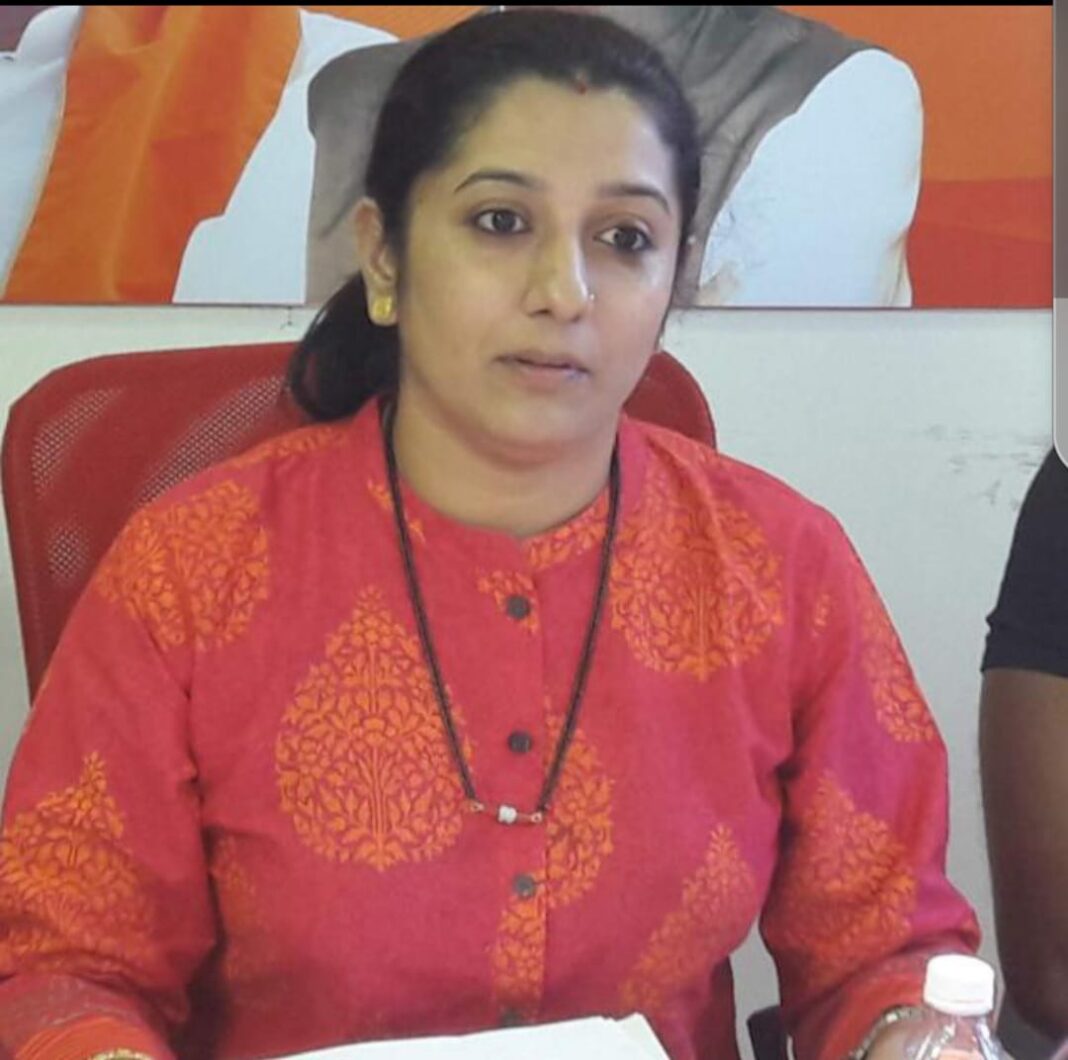 Naik has been associated with the party for last four years and is also State spokesman of Uddhav Thackrey led party.

“Here, I end my four year long association with Shiv Sena. I have sent my formal resignation from the post of Vice President and Primary Membership of the party. Taken most important decision on the auspicious day of Dussehra,” she tweeted. 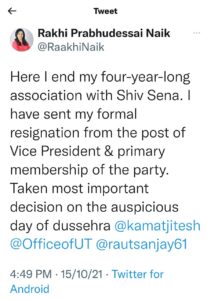 When contacted, Naik said that she has resigned after being understood that Shiv Sena is not serious about Goa.

She said that the party has not been working in the interest of the state. “The central leaders arrive here only to pay lip service,” Naik said adding that she is yet to decide on the future course of political action.

“I will have to speak with my well wishers and also followers before taking any decision as this is a crucial time for Goa,” she added.