Congress questions HM on silence on mining resumption, Covid deaths, No internet connectivity, Corruption, Unemployment and Bankruptcy of the state 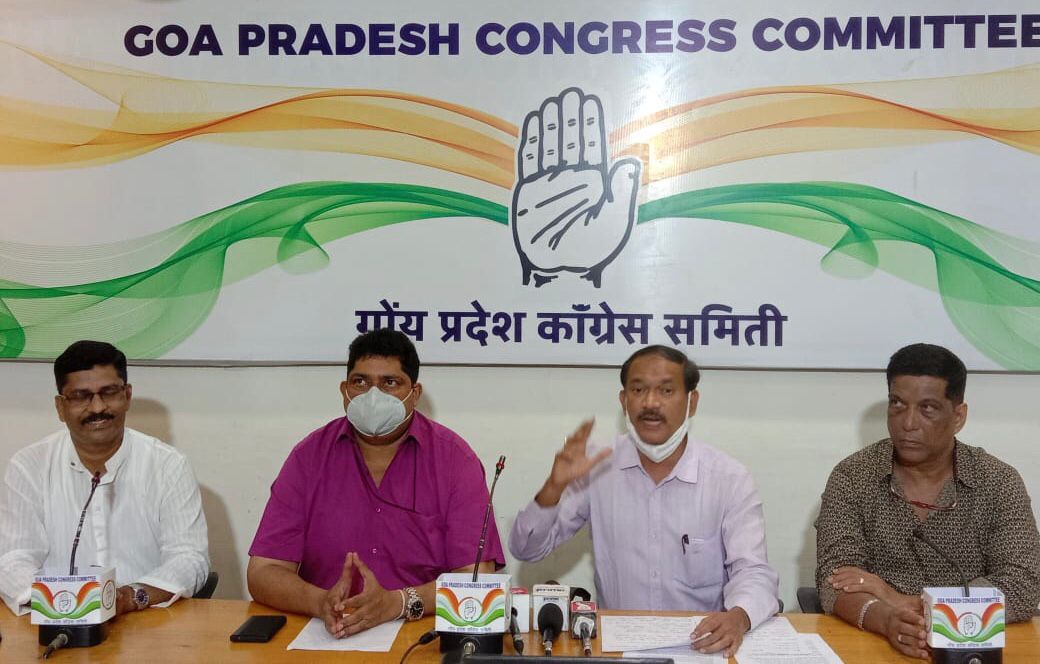 In a press conference held at Congress House today, reacting sharply to the statement made by Home Minister Amit Shah that BJP will make Development in Goa beyond anyones expectations, GPCC president came down heavily on the misrule of BJP in last ten years. He was accompanied by Curtorim MLA Aleixo Reginaldo Lourenco, Media Cell Chairman Amarnath Panjikar and former MLA Agnelo Fernandes.

Goans are well aware of the misdeeds of BJP and will never ever give a third chance to BJP who will eventually convert Goa into Coal Hub, Drug Destination, Crime Hub and Identity of Goa will be completely erased by destroying the environment and nature. BJP wants to handover this beautiful State to the Crony Club of Prime Minister Narendra Modi stated Girish Chodankar.

BJP is responsible for the steep hike in fuel prices as well as inflation. The incompetent BJP Government will not be able to fool the people anymore as their fake promises stand exposed. If the BJP had done development in last 9 years, there would have been no need for Amit Shah to come to Goa begging for votes stated Curtorim MLA Aleixo Reginaldo Lourenco.

After selling our lifeline Mother Mhadei to Karnataka for political benefits, BJP in Goa will handover all our rivers to the Corporates like Adani and Ambani. They will forcibly start Marina Project at Nauxim. The Port Limits will kill the livelihoods of the fishermen community. They will manipulate the CZMP to pave way for Capitalists to take over Goa’s coastline, Girish Chodankar said.

We want to know why Home Minister Amit Shah did not show guts to speak on Mining Resumption, Murder of Covid Patients due to shortage of Oxygen, Non-availability of Internet Connection for Students and Bankruptcy of the State due to complete failure of the BJP Government questioned Girish Chodankar.

Loudspeaking Jumla Master Amit Shah was totally silent on rising unemployment and mass corruption in BJP led Government. He kept quiet on investigation of 21 corruption cases certified by Goa Lokayukta and was silent on the status of investigation of Ketamine Drug Haul seized from factory of BJP Office Bearer in Sattari pointed Girish Chodankar.

The promise made by Home Minister Amit Shah of converting Goa into a Model State is another “Jumla”. What stopped BJP from developing the State in last ten years? . BJP focussed on making fortunes by pushing the State under bankruptcy and Goans under huge financial burden.