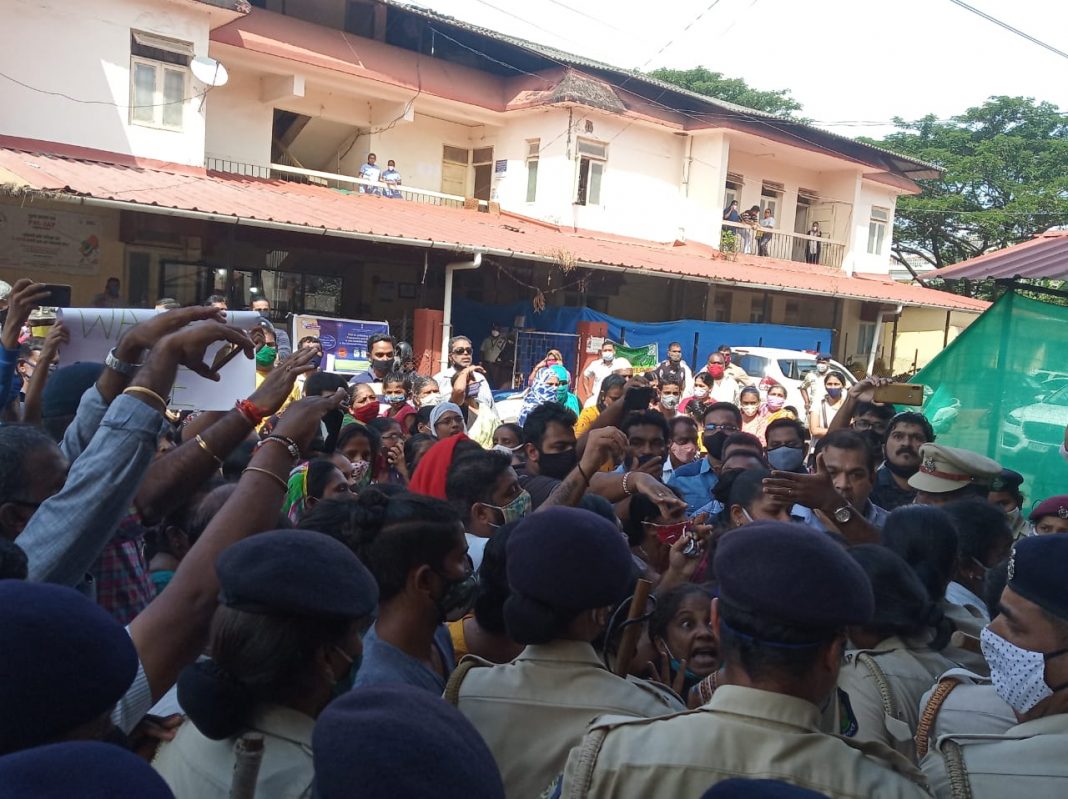 Porvorim: More than 20 women who had participated in the protest demanding regular water supply on Wednesday morning, filed a formal complaint against Police Inspector Ninad Deulkar and a male constable for hitting and violently pushing them.

The women were part of the protest led by Porvorim MLA Rohan Khaunte on Wednesday. The protestors were demanding regular water supply to the constituency.

In a complaint filed with Superintendent of Police (North), a group of women have said that PI Porvorim and a male constable accompanying him “intentionally attacked and recklessly pushed the women of Porvorim for demanding water supply.”

They have said that the women of Porvorim have been deprived of adequate water supply for the past one and half year and even during the COVID pandemic, they were made to sit home without proper water and electricity.

On November 18, at around 11.30, the women claimed, had participated in a peaceful demand dialogue between the residents of Porvorim and the Assistant Engineer, Chief Engineer and Junior Engineer of the Public Works Department at PWD Building opposite Health Centre, Porvorim to sort the water supply problem in the area.

“In an attempt to talk to the Engineer and others concerned when we reached the PWD building, we saw that an entire team of police force was deployed to protect the PWD building entrance so as to allow us inside,” the complaint reads.

“Since we assumed that the police force was headed by ladies, we made a group and attempted ot talk to the officials. However, we were pushed and attacked by the male Police Inspector and his male constable.”

“The male PI and his male constable came with full strength and hit us. They pushed us with lathis and their bare hands. They did not care whether we were ladies or not or what was the reason for our presence. They blindly beat all of us and pressed us against each other.”

The complaint further reads: after hitting us, they slyly hid behind the ladies guarding the police force. We never used any violent force.

“The MLA of our Constituency, people of the area, neighbours and persons of media are witness to this incident along with the entire PWD department and the police force.”

The women have requested that a First Information Report should be filed as aforesaid incident clearly discloses commission of cognizable offences.