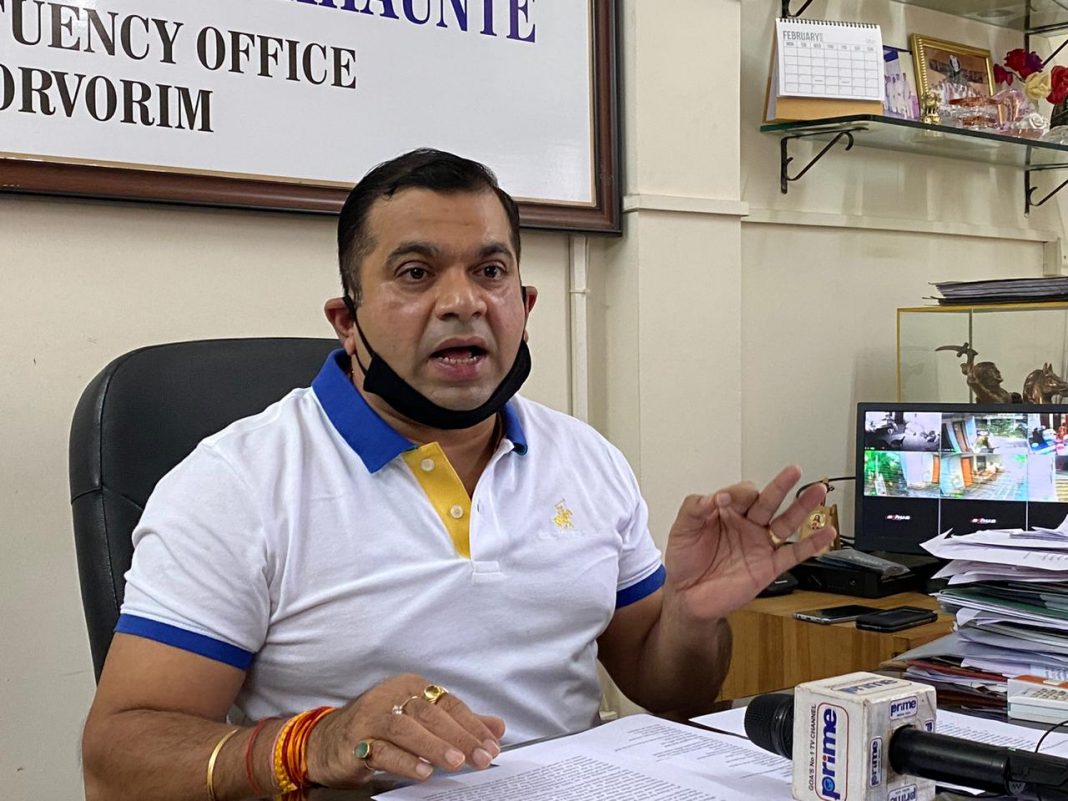 Porvorim: Independent MLA and former State Revenue Minister Rohan Khaunte on Monday alleged that “Quarantine Tourism” is being promoted in the state amidst COVID-19 situation.

He pointed out that several hotels have begun accepting online booking of rooms during the lockdown period, though the Union Ministry of Home Affairs, have banned it.

“The most surprising that Old Goa residency at Goa. we have managed to get booking in this hotel which is declared as quarantine centre for May 20-21,” he claimed.

Khaunte said that State  government was making mistakes one after another.

“We have shifted from good to bad during the lockdowns. Cm without any doubt has failed to handle COVID-19 situation. He was overenthusiastic. Goa is no longer in safe hands,” he commented.

The Porvorim MLA also demanded postponement of the SSC/HSSC examination in the state, urging CM “not to play with the lives of children.”

Khaunte said that not just Rajadhani Express but all the trains should be stopped from taking halts in Goa.

Previous articleStates like Bihar, WB, yet to take their workers back from Goa: Pramod Sawant
Next articleBeauty lies in the eyes of the beholder By Dr Vijay Malik