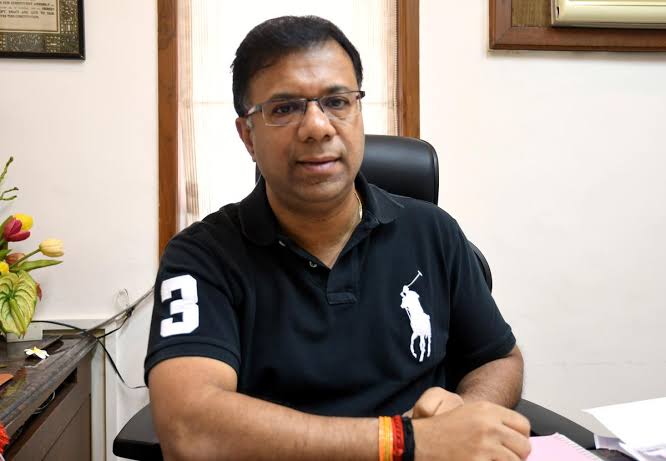 Panaji: Town and Country Planning department will revert back to its original state around 2,20,000 square metres of the tenanted agricultural land which has been converted for non-agricultural purpose in Parra, Nagoa, Arpora, Candolim and Calangute areas.

As per the report published in English Daily The Navhind Times, TCP Minister Vishwajit Rane has said that he has issued directions to the authorities to examine all the outline development plans looking into the conversion of agricultural tenanted lands that have taken place in the past.

He said that these areas are largely in the Parra, Nagoa, Candolim and Calangute villages. He said that the tenanted areas that have been converted will be reverted to the original status. “A probe will be initiated on such savages violating the code,” he added.

As per the news report,  Rane also targeted the Congress party on the land conversion issue without taking the name of the leader of the Opposition Michael Lobo, who represents the Calangute constituency. “It seems like the INC Goa party has become a 30% ownership party,” he said.

Rane stated that these are the same people who have destroyed Goa and claim to care about its people. “Finally, they are filling their own pockets at the expense of destroying Goa for the sole purpose of increasing their wealth,” he charged.

Moreover, the Minister informed that a committee is going through everything step by step. “I can assure you that action will be taken. The agencies will further investigate it to its logical end and the culprits will be exposed. It is our responsibility as well as the responsibility of the BJP government to protect the state of Goa from such people, who have become ruthless in land dealings and have destroyed the state,” Rane said. “To preserve the state, we, as responsible citizens, must right the wrongs,” he added.

Previous articleCM Pramod Sawant’s wedding anniversary today, his wife pens a message on social media
Next articleGoa govt seeks exemption from no construction around 500 metres of Naval base guidelines