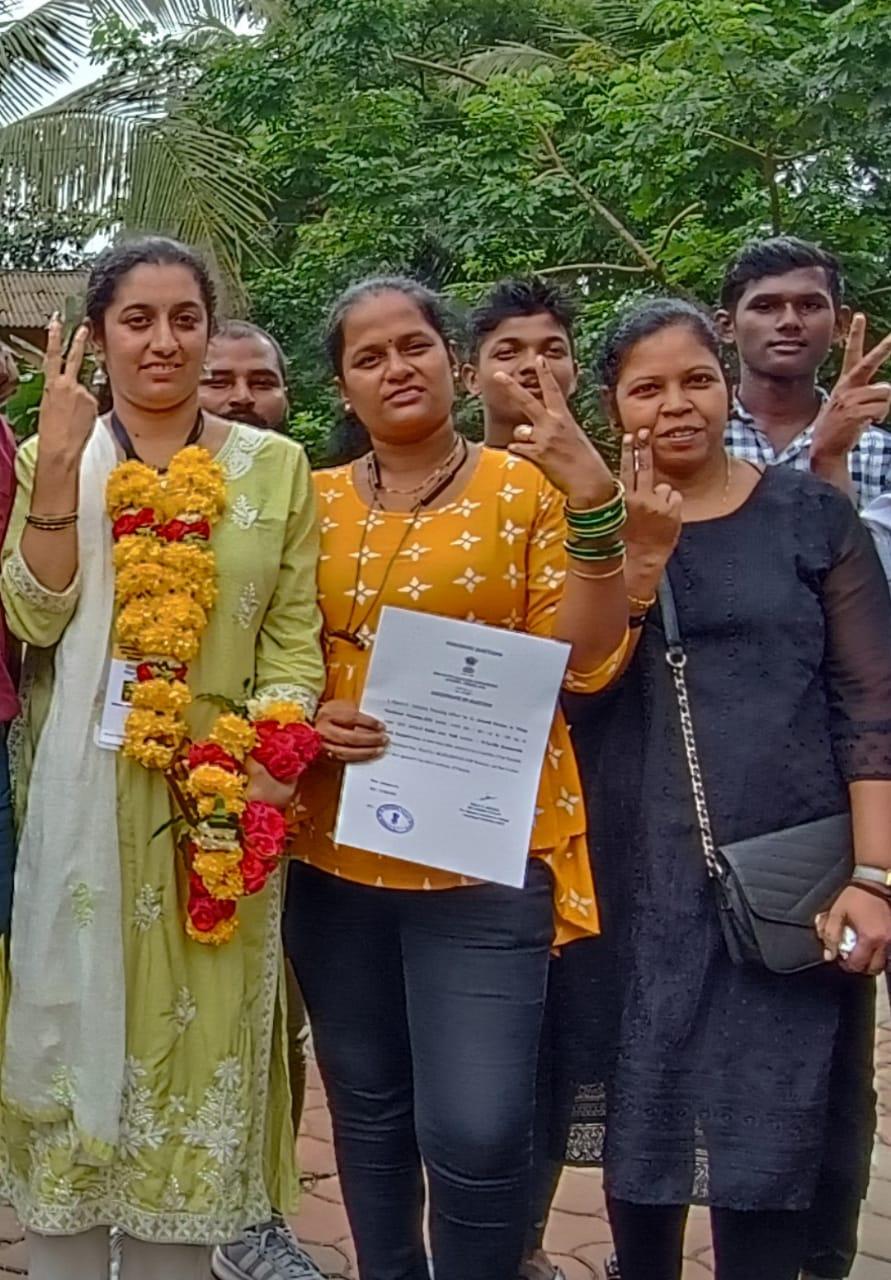 October last year in Goa witnessed the beginning of hectic political activities in the months leading up to Goa Assembly Elections 2022 scheduled to be held in February this year.

The incumbent Goa BJP led by Dr Pramod Sawant Bab was facing an anti-incumbency wave. Goa Congress was looking like a natural choice that voters of Goa were likely to select.

Drum beats for the entry of Kolkata (West Bengal) based Trinamool Congress (TMC) were just a few days away when a piece of news caught everyone by surprise.

It was an auspicious occasion of Dussehra. The Shiva Sena Goa Vice President and spokesperson Rakhi Prabhudessai Naik called it quits from Shiv Sena after serving it for four years.

She bid adieu to Shiv Sena.

The next five months saw the emergence of a firebrand young leader from the streets of Netravali and Sanguem where development under successive MLAs had taken a blow. People were deprived of basic amenities like electricity, roads and potable water.

In an era where Digital India is all the rage Sanguem does not have reliable internet connectivity leave alone 4G. This always rankled Rakhi Prabhudessai Naik when she would meet frustrated parents of young students unable to attend online classes during the COVID-19 pandemic.

Rakhi Prabhudessai Naik made up her mind to take the matter into her hands and do something about it.

Rakhi Prabhudessai Naik joined Goa Congress for a brief period soon after quitting Shiv Sena. She got the post of spokesperson as well. But her dream was to fight assembly elections and work for the betterment of Sanguem as an MLA.

Upon sensing that Goa Congress had other plans in mind for Sanguem, a maverick Rakhi Prabhudessai Naik wasted no time and quit Goa Congress much to the glee of her detractors.

Rakhi Prabhudessai Naik is a leader whose ideology is to work for the development of Sanguem. She went ahead and joined upstart Trinamool Congress and fought assembly elections 2022 on TMC ticket only to realise later that TMC should have done better homework before taking a plunge into Goa’s complex electoral politics.

Goa Assembly Elections 2022 are history. We all make mistakes. Rakhi Prabhudessai Naik is no exception. But very few learn from their mistakes and sit down to make a course correction in a timely manner.

Rakhi Prabhudessai Naik showed steely determination in the face of humiliating defeat. She worked over time to give her image a make over by organising Netravali Premier League 2022 – a cricket tournament that made the summer of 2022 memorable for cricket lovers across Sanguem.

Rakhi Prabhudessai Naik upped her social media game too by a few notches. She began to come across as a reliable leader who knew what Sanguem lacked and what kind of leadership could provide Sanguem what it needed.

The hurried manner in which the inauguration of Netravali Panchayat took place saw another persona of Rakhi Prabhudessai Naik. Hell hath no fury like a woman scorned.

Rakhi Prabhudessai Naik took the minister and local MLA Shri Subhash Phaldessai Bab to task and won many admirers with fearless display of her quality as a leader and social worker that asks tough questions to powers that be and brooks no step motherly treatment to Sanguem.

The Sanguem IIT project is one more example when Rakhi Prabhudessai Naik threw an open challenge to Minister Shri Subhash Phaldessai Bab to have a public debate on the merits of an IIT project for the farmers of Sanguem whose land has assumed centrestage ever since.

Rakhi Prabhudessai Naik recalibrated her strategy. She maintained a low profile right from the day of panchayat nomination to the polling day. She went door to door and promised electricity and never forced voters to vote for her. She just stoked their desire to have a better lifestyle by uninterrupted supply of electricity.

Combined with the trust that she could mobilise on the polling day, Rakhi Prabhudessai Naik created a wave in her favour that saw her winning Goa Panchayat Election 2022.

What is the next step for this young and clever panch member of Netravali? Rakhi Prabhudessai Naik is a leader known for holding her cards close to her chest.

She plays it safe. She plays it with a straight bat. “I just want to serve the people of Netravali. Perks of power cannot change me. I am an humble public servant who does not tolerate sloppy work. People want things to happen. They have elected me for this purpose. I will do it.”