Protesting Congress leaders continue to be in prison 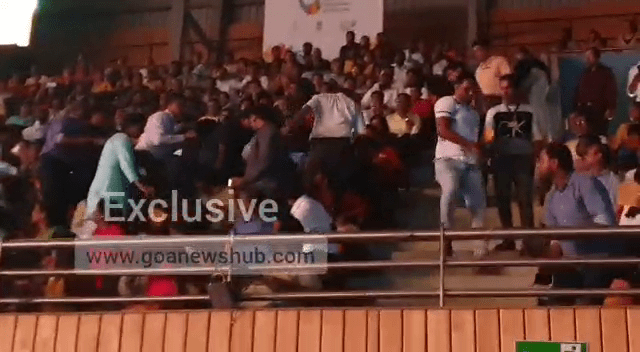 Bambolim: All the three Congress leaders who were protested for shouting slogans during the inaugural of IFFI 2019 continue to be in jail even till Thursday.

Agassaim Police Inspector Uday Parab said that all the three Congress leaders were booked under section 151 of IPC.

Sources stated that after the arrest, all the three were taken to Bicholim police station and from there to Pernem and finally to Bambolim outpost last night. They spent the night in the custody while formalities were on to bail them out on Thursday.