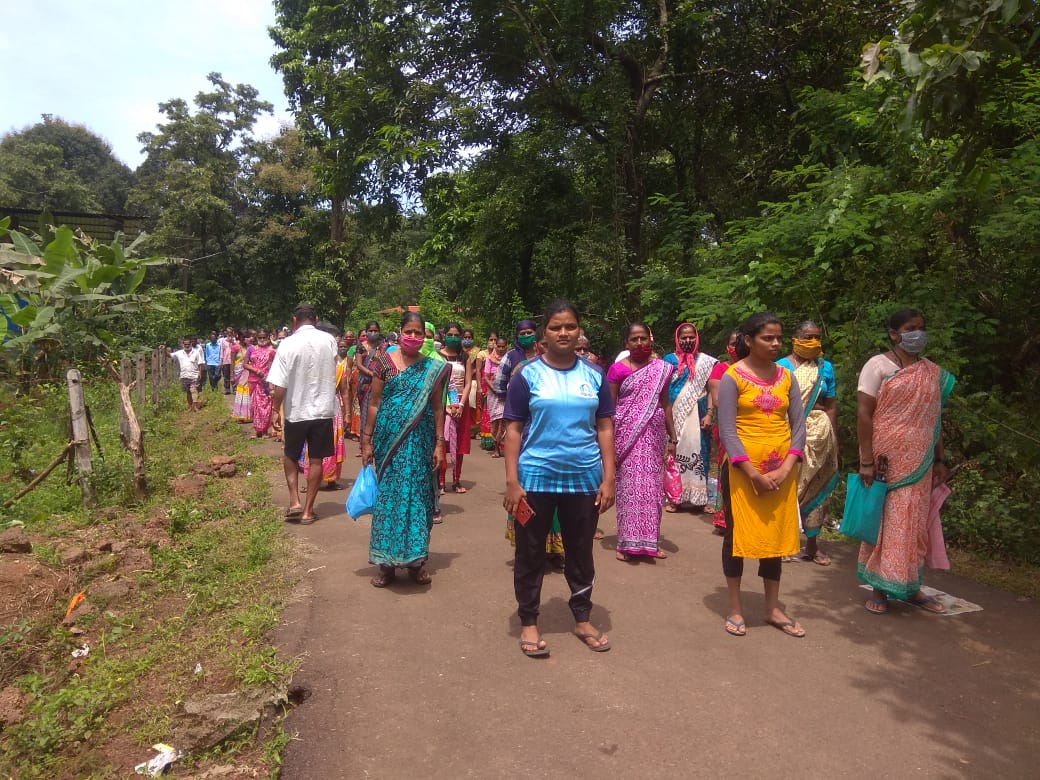 Valpoi: The arrest of its two leaders and subsequent action did not stop the villagers of Melauli from continuing their protest against the proposed IIT project in their village.

The villagers continued blocking the road disallowing the government officials from continuing with their demarcation process. The logjam between State government and villagers on this project continues.

The villagers demand to scrapped the IIT project and demand to give the ownership of Alvara Land in class ‘A’ category.

Further villagers say that the both representatives of Sattari Taluka are telling the Government every time that to not solve the land issue of Sattari people. It will affect their political career permanently.

Melauli villagers are ready to arrest at any moment and ready to sit in the police lock up at any time. But they will not allow the IIT project in their village at any cost. The villagers want to save their village from environmental degradation, says a villager Sadayo Melekar.

We the women from Melauli village want to save our village from the destruction and for that we are ready to die for our village, says Unnati Melekar.