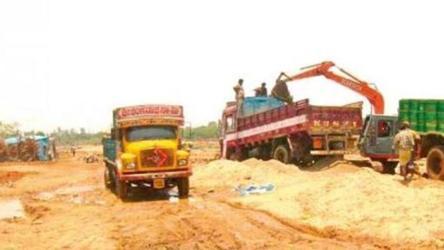 Panaji: In a major direction, the Bombay High Court at Goa has ordered State government to prosecute all those who are caught in illegal sand mining activities under Indian Penal Code.
The division bench pronounced the order on December 18 in a petition filed by Federation of Rainbow Warriors.
The bench said that it is quite disturbed to note that in most cases of illegal sand mining, the trucks and canoes that are confiscated by the government agencies, were released after imposing paltry fines.
“All this according to us is quite illegal and will only further encourage illegal extraction of sand and gravel from the riverbeds and river banks. Such person, only factor the fines and penalties into the final price and continue to profit in the illegal business of extraction of sand and gravel,” it added.
” State should launch prosecution against those, found to be illegally extracting sand and other natural resources. For this purpose, the First Information Report (FIR) should be filed by invoking the appropriate provisions of the IPC and such prosecutions should be pursued with all seriousness and taken to its logical conclusion,” the order stated.
“State should not just rest only with prosecution under the MMDR act or the Goa Minor Minerals Concession Rules, 1985, since they find that most of these prosecutions, end up with levy of paltry penalties and fines upon those indulging in illegal extraction of sand and gravel,” it added.
- Advertisement -