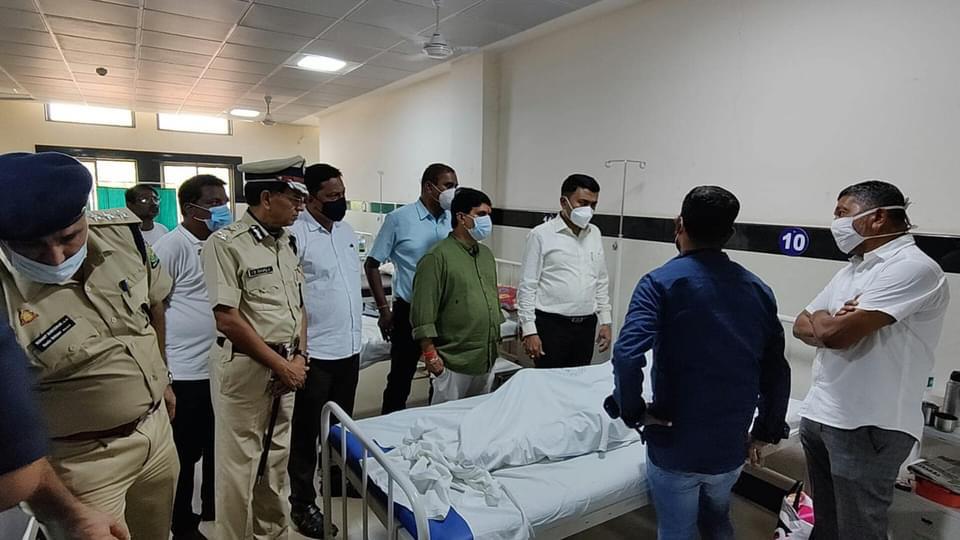 Vasco: In a case of post-poll violence, one person was seriously injured when two groups clashed with each other in Mormugao Assembly segment in South Goa on Friday.

State Chief minister Pramod Sawant on Saturday said that such incidents would not be tolerated and strict action would be taken against the persons involved in such act.

A senior police officer said that the situation turned tensed on Friday and Saturday when two groups owing their allegiance to Congress and BJP respectively clashed with each other on Holi Day on Friday.

A group of Congress workers allegedly assaulted the father of a BJP worker, who had to be admitted in the hospital on Friday.

Both the groups have filed formal complaints against each other at local police station on Friday. In order avert further clashes, the police had kept its force  on alert in the entire Mormugao area on Friday evening and Saturday.

The chief minister visited the hospital on Saturday to meet the victim, who is currently being treated by a team of doctors in a state run facility at Chicalim near Vasco town, 40 kms away from here.

“Visited Shri Pradeep Mayekar at Chicalim Hospital, father of our Karyakarta from Mormugao. He has been physically assaulted by Congress supporters after election results. We will not tolerate such acts of violence. I have asked the police to take strict action against the culprits,” Sawant wrote on Facebook after his visit to the hospital, posting his pictures with the patient.

The elections for 40 assembly seats in Goa was held on February 14 and the results were declared on March 10 in which BJP won on 20 seats followed by Congress on 11.