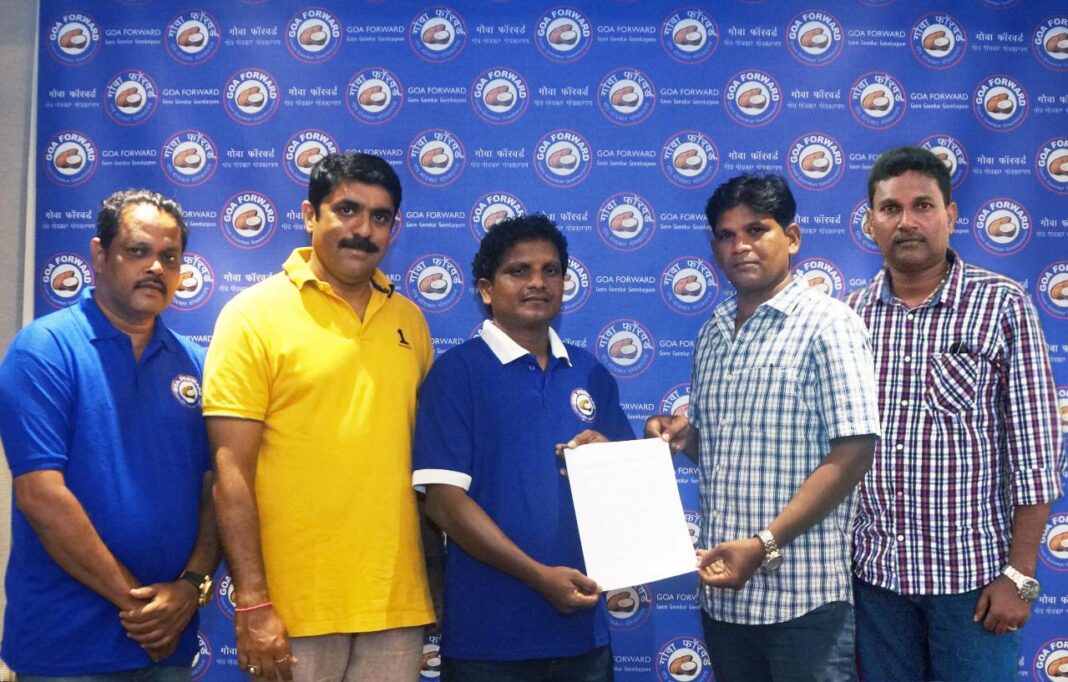 Fatorda: In the wake of Goa Forward party’s decision to withdraw from the National Democratic Alliance (NDA), an independent candidate Salvador Miranda withdrew his candidature in support of GFP backed Fatorda Forward candidate Milagre Noronha in ward no. 8 of the Margao Municipal Council elections, and appealed to all to unite to defeat the BJP.

Salvador said “My intention was to convince voters of Ward No. 8 that I would be the best candidate to solve the problems of the ward, and at the same time ensure that the BJP-backed candidate in this ward would not win. However, certain developments which have taken place after the last date for the withdrawal of nominations have changed the situation. The Goa Forward Party has, just two days ago, withdrawn from the NDA. I am very happy that the GFP, under the leadership of Shri Vijai Sardesai, has taken this step which is a good step towards unity of all forces in Goa against the communal and dictatorial BJP.”

He further said “I also have consulted Shri Tito Cardozo, who last represented Ward No. 8, and whom I look up to as my political guide. I am convinced by his advice that I should welcome the GFP’s stand and should back the Fatorda Forward candidate in Ward No. 8. Though the last date for withdrawal has passed, I hereby declare my withdrawal from the elections and appeal to all voters of Ward No. 8 to support Noronha Milagre (Milu) whose symbol is Baby Doll. I request all my friends, well-wishers and supporters not to allow their votes to be divided. All those who would have voted for me should now vote for Milu and ensure that the BJP-backed candidate is defeated for sure.”