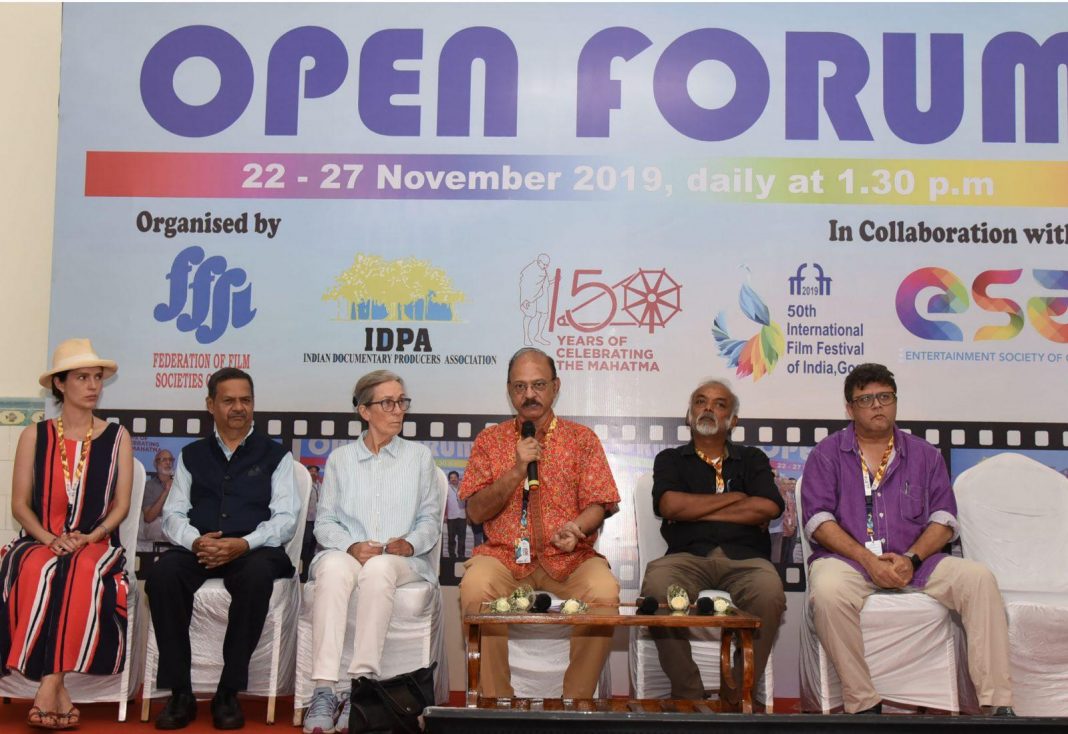 The ongoing 50th edition of IFFI held an Open Forum on the 27th of November, 2019. The topic discussed  in today’s session was whether independent producers are benefiting because of digital distribution.

Carol Littleton who is also the former President of Motion Pictures, USA said, “I have been working in the area of digital editing and release of films on the digital platform for almost 20 years now. It has been revolutionary. It’s amazing to see small budget films being released digitally. The one big difference in India and America is that America doesn’t have government backing but India has so many platforms to generate revenues. In the west, it is difficult for independent filmmakers but also it’s an opportunity to tell experimental subjects for them.”

Marina Naumova, Distribution Head of Country Focus Russia and Independent Producer said, “it’s amazing that we are talking about distribution on this open forum. It is a very lovely era for all independent producers. Our popular films of Russia are not only bought but also distributed in UK theatrically. I was amazed to see the amount of 1 million dollar spent on the distribution. It’s a huge thing in today’s time. New generation of filmmakers are very happy about this digital era.”

Rahul Dholakia, who helmed Parzania and Raees was of the view that the time is good for the independent filmmakers as it has broken all the boundaries as now there are many platforms. He also added that it is wonderful to be a part of this change.

National Award winner and leading wildfire filmmaker S. Nallamuthu opined that OTT platforms have helped many documentary filmmakers and that he believed India has so much content and stories to tell.

Padmashri Shaji N. Karun said, “Today, I can take my films to any corner of the world but back then technology was also smaller and simpler but now digitisation has taken over. However, digital distribution has become money minting business in a short span of time but I don’t think Netflix would be interested in streaming the kind of films I make.”

Ujwal Nirgudkar, Technical Advisor to National Heritage Mission said, “We are bringing the standards for digital streaming which used be 2K for the theatrical release but now one can be viewed in 4K and 6K. Mobile is a huge market these days, there are around 90 crores in India. Digital has made the distribution easier. It is direct and end to end now. Duration of the films is also reducing. This is going to be a boon.”

Previous articleMovies are not meant to be made in specific genres: Japanese filmmaker Takashi Miike ‘First Love’ a love story set in the backdrop of gang war’
Next articleIFFI will be awarded the ICFT-UNESCO Fellini medal