Mining belt comes out to vote in large 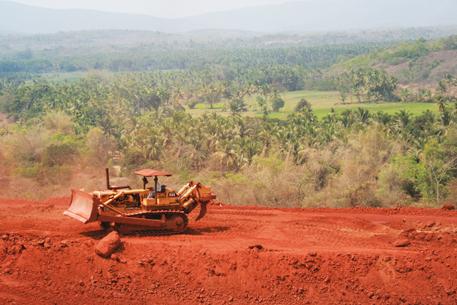 Of the total 40 assembly constituencies,  seven are dominated by mining dependents. While the constituencies in North Goa have polled a good turnout, the number is at lower side in South.

Sanquelim constituency has witness the highest voter turnout of 84.86 per cent, which is the second highest votes polled after Mandrem for the North Goa Parliamentary seat.  The Constituency, which also witnessed by-elections, recorded 86.52 per cent votes.

In 2017 assembly elections, Sanquelim, which is been ruled by Sawant for last two terms, had reported 90.61 per cent voter turnout.

Bicholim constituency has witnessed 81.65 per cent voting, while Mayem saw 80 percent of people coming out to cast their votes.

The turnout in South Goa constituencies was not overwhelming. Quepem (Congress) recoreded 76.46 per cent turnout, Curchorem (BJP) 77.19 per cent, Sanvordem (BJP) 79.80 per cent and Sanguem (IND) 78.55 per cent.

Mining has been one of the biggest debatable issue during last few elections in the State. 2014 Lok Sabha elections, followed by 2017 State Assembly elections and now 2019 parliamentary polls, mining continue to be the hot topic. Though, the mining dependents voted in favour of BJP in 2014 and 2017, this time it seems to be tough for BJP.