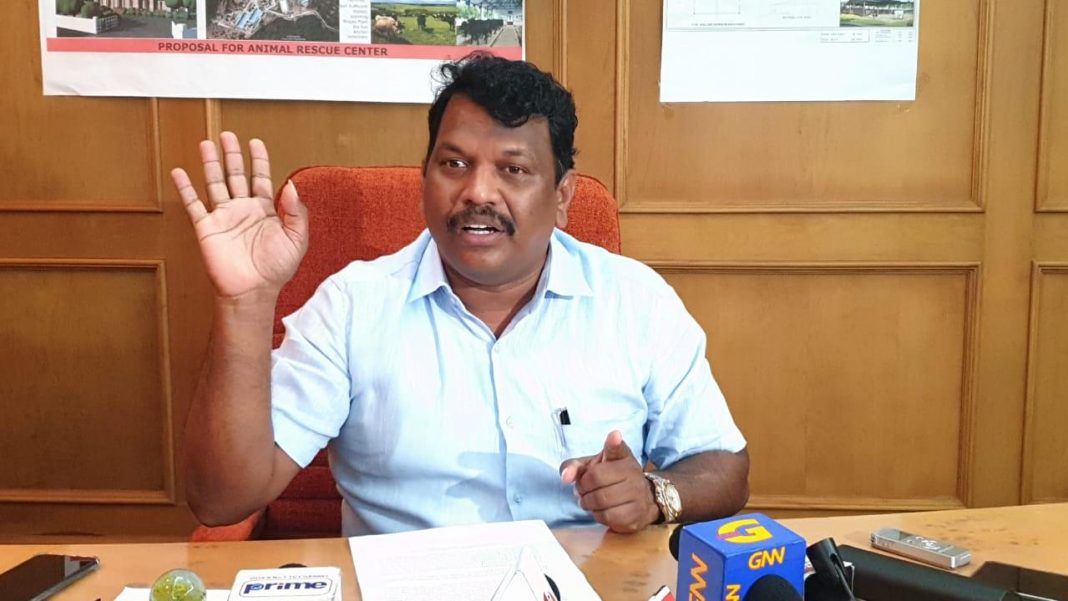 Panaji: This may trigger another controversy for Pramod Sawant-led government.

Port minister Michael Lobo on Tuesday said that the off-shore casinos should not be shifted out of River Mandovi, while more such vessels should be introduced in the rivers of the state.

The minister’s statement comes in a stark contradiction to the stand adopted by BJP-led state government, which has assured to re-locate the off-shore casinos from River Mandovi, owing to the opposition from the locals.

Then chief minister Manohar Parrikar in the year 2012 had promised to shift out the casinos from River Mandovi within a year of he assuming the power by scouting for suitable place away from Panaji city, where they are located currently.

Lobo, who is also a BJP MLA, justified his statement claiming that  casino industry help the economy of the state and generate employment, due to which, it needs to be continued in the coastal state.

“I still remember our ex-CM late Manohar Parrikar saying that state is not dependent on the money collected (in the form of taxes) from the casinos,” he said addressing mediapersons at Mapusa town near here on Tuesday.

“But I am saying opposite (contradicting) to that,” the minister added. Lobo said that the casino industry is “helping the state treasury.”

“We get revenue from the casinos after charging the fees for annual renewal of their licence, in addition we get revenue in the form of GST from them, every year there are renewal fees of imposed by departments like Excise, Food and Drugs Administration and others,” he said.

Goa has six off shore casinos which are operating in River Mandovi in the capital city of Panaji.

Speaking about employment generation, Lobo said that every vessel is employing 400-plus employees. “It is bringing employment to the Indians. We need to understand that this industry cannot be just stopped overnight,” he commented.

“I would say that more casinos should be introduced in the other places like Chapora (North Goa) and Zuari river (South Goa),” Lobo said.

The minister conceded that the respective MLAs who represent assembly constituencies around those rivers oppose introducing casinos, as “people are objecting to it.”

“But introducing casinos in these rivers will help revive the economy of the state. In the years to come, the casinos will come in these rivers,” he said.

“People will realise that it is part of the industry. if you want to grow the industry, then you will have to allow it,” Lobo added.

The minister said that instead of shifting out casinos from River Mandovi to upcoming international airport at Mopa in North Goa, there should be gaming zone at the new airport without shifting the off shore casinos.

“Mopa can be a different set up all together, we can have live gaming there. But in my opinion, the casinos should continue in the Mandovi,” he said.