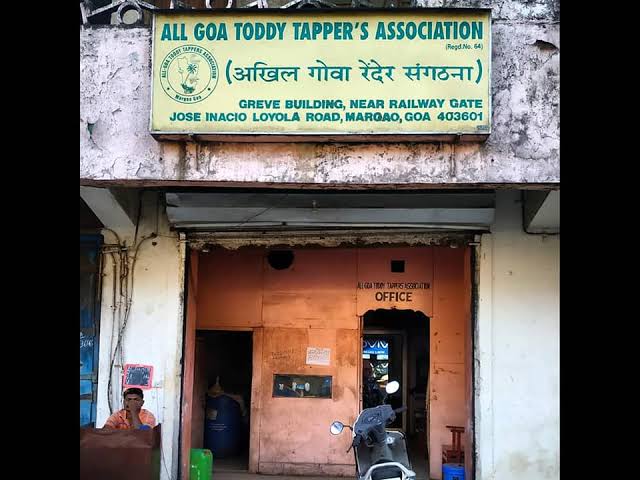 Cuncoliem : Several members of the All Goa Toddy Tappers Association(AGTTA) have claimed that  there have been numerous  irregularities and discrepancies in their association.
The press meeting was addressed by General secretary Mario Coutinho, Johnson Fernandes and Caitano Fernandes.
Johnson Fernandes alleged that the name of the organisation when it was formed in the year 1965 was All Goa Toddy Tappers Employees’ Association However the word  ‘Employees” was subsequently dropped without convening a proper meeting. He alleged that it was done to facilitate various illegal activities in the organisation.
The members present for the press briefing have slammed President of the association Remy Borges who according to them has failed to convene regular meetings. “Borges has changed the rules of the association without our consultation. For instance he made a provision where any person engaged in this business(Toddy Tapping) will be eligible for OBC certificate, this rule can be misused by anyone. Who will take the responsibility if a person from another state starts a business in Goa and gets an OBC certificate?” asked Caitan.
General Secretary Coutinho alleged that the Certificates issued by the AGTTA are bogus as the Ancestral proof is not mentioned in the column. “The ancestor proof column is left blank on many certificates which only proves that they are not genuine. The Social Welfare director needs to inquire into this matter,” he added.