Reassess the dilapidated and dangerous structures in Margao : SCM 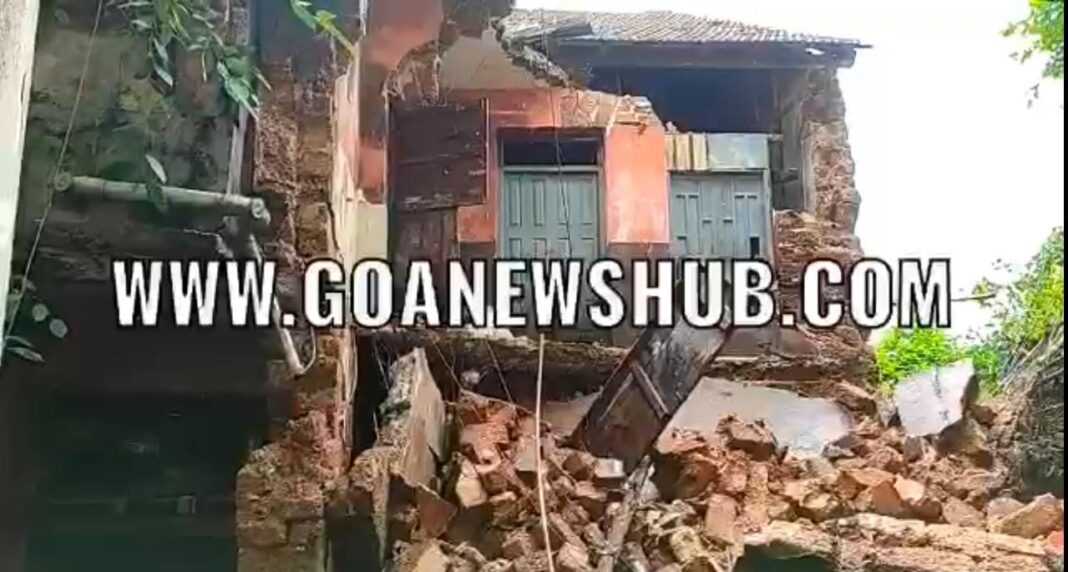 Panaji : The Shadow Council for Margao(SCM) stated that the collapse of an old building structure near Gandhi Market Margao confirms that the list of dilapidated buildings prepared in 2012-13 ironically doesn’t contain the structures that are in much worse conditions.
SCM Convenor Savio Coutinho said, “It may be recalled that a list of around 22 structures was prepared by the Margao Municipal Council around 9 years ago. When we got access to the list in 2014, we had charged that selected buildings were lay interests of Real Estate Developers were conveniently figuring in that list, while several other structures in much worse conditions are not part of the same”.
The building structure that collapsed in the wee hours of the morning ironically did not figure in MMC’s list, said Coutinho.
“As a result of the collapse of the old structure, the adjoining building has been damaged and needs urgent attention. There are long columns of the adjoining building, of which a tie-beam has snapped. The remaining portion of the old structure is also  visibly very weak, and can collapse and damage the other columns and tie beams. Further, *these long columns support residential flats of the upper floors* of the building, and hence necessitates urgent action to prevent any untoward calamity”,  Coutinho cautioned.
Coutinho further called for the review and reassessment of the dilapidated and dangerous structures/buildings in the city followed by the appropriate action.
He has reminded the Margao Municipal Council and the Fatorda MLA Vijay Sardessai, about the  neglect of the structure of historical significance i.e. the Old Municipal building at old market. “We wish to appeal and remind all concerned to act on priority, lest this Heritage structure shall be gone forever” Coutinho concluded.