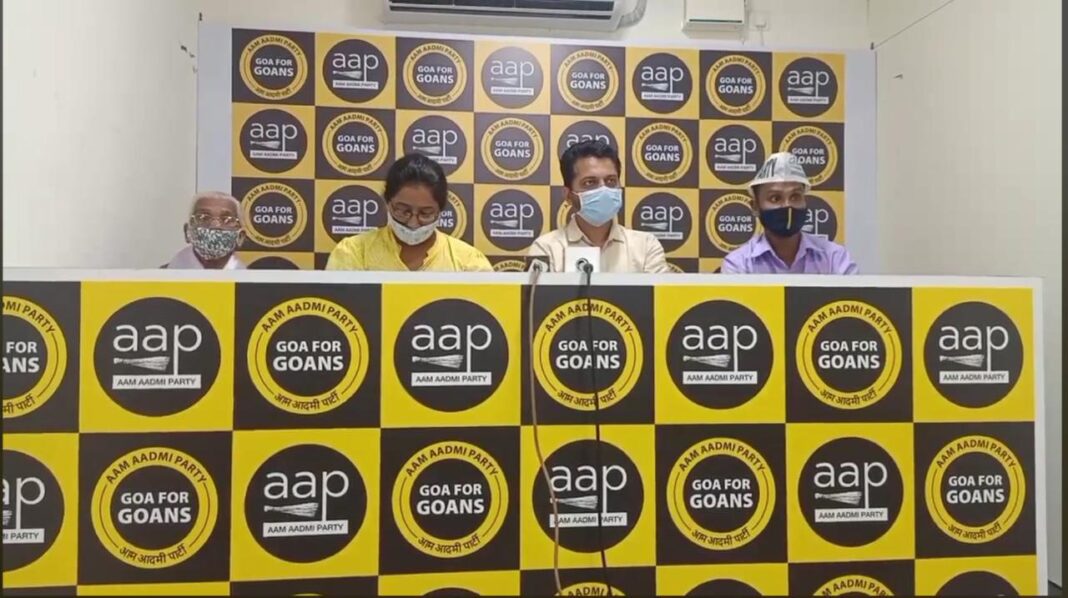 Digas Panchwadi said it was a moment of joy for him to join AAP. “While BJP is continuing its goondagardi the Congress is neglecting the plight of SC community, we have been betrayed and used as a mere vote bank over the years, with AAP we see our future,” He said.

Advocate Surel Tilve said that this is just the beginning and many more will be Joining AAP as many feel that both BJP & Congress have betrayed Goans.

Tilve while welcoming all the new members of the party said youth in particular are getting attracted to them because of their motto of “Goa for Goans” wherein all decisions concerning Goa and Goans will be taken by the party leaders in Goa itself instead of waiting for the high command in Delhi.
“We are providing a platform for all sections of the society to raise their issues and find solutions to them and that is the reason why more and more people are joining AAP today,” said Patricia Fernandes.

“Hon’ble Manish Sisodiya has made an appeal for like minded people to join AAP and work for the betterment of Goa, his appeal has been taken well, today’s joining is a proof of that”, said Surel Tilve.