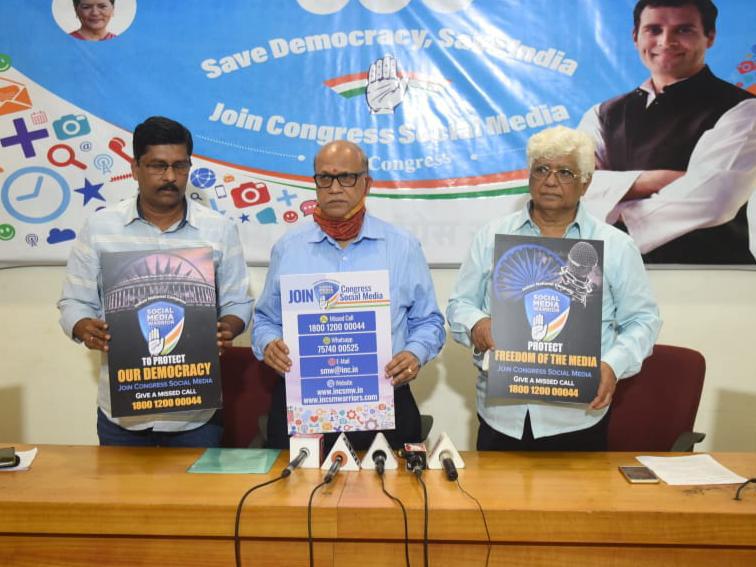 Today, the factual and real history of India is manipulated by the Troll Army of the BJP. There are repeated attempts made to tarnish the image of great leaders like Mahatma Gandhi, Pandit Nehru, Sardar Patel and others for cheap political gains of the ruling BJP government stated Digambar Kamat.

The sacrifices made by the tallest leaders of the Congress Party have always been the strong footing in progress and development of India and they will always remain on the golden pages of glorious history of India said Digambar Kamat.

As the BJP has nothing to show with regards to its leaders participation in freedom movement, they are now trying to glorify the current leadership by creating false narratives. Cosmetic makovers done by engaging Event Management and PR Agencies are short term and once the makeup fades away, the real face gets revealed stated Adv. Ramakant Khalap.

He said that the BJP government grabbed power with Jumlas and Fakery and all its policies have put India in bad light globally.

It is important that each one of us understands the truth and spreads message of communal harmony and respect to mankind which will help India to once again emerge as strong nation said Adv. Ramakant Khalap.

I appeal to all Goans to get associated with the Social Media team of the Congress Party and contribute with your valuable suggestions which Congress Party will take into consideration while framing its policies stated Adv. Ramakant Khalap.