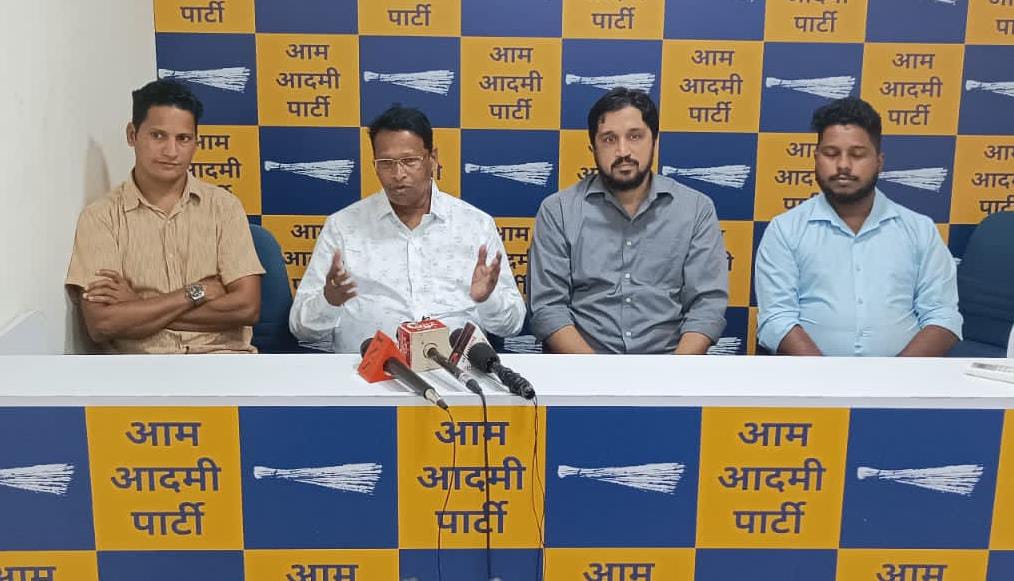 Impressed by the “Kejriwal model of development” Ex-secretary of BJP and former BJP candidate for Valpoi constituency, Satyavijay Naik joined the Aam Aadmi Party (AAP) in the presence of the party leader and Chief Minister of Delhi, Arvind Kejriwal on Wednesday. Naik is ex-Chairman of Goa Meat Complex and Ex- chairman of OBC and SC corporation, and the Executive committee member of  Gomantak Bhandari Samaj. Naik held his first press conference as an AAP leader this Thursday.

Naik was a senior BJP leader and had contested assembly elections twice as the as  BJP candidate in 2012 and 2017. Naik is popular among BJP supporters in Usgao and other panchayat areas and well known for his grassroot level work. His entry into the AAP has shaken the BJP, just before the upcoming elections.

Naik said that the father-son due of Pratapsignh Rane and Vishvajit Rane are running Valpoi and Sattari as their own personal property.  Naik said, “We have to end the dictatorship of the father-son Rane Duo in Valpoi. Vishwajit Rane knows only to take revenge against those who speak against him. Even with Govt officers he transfers them to far away places like Canacona, Pernem etc if they don’t toe his line. There is no development activity that has taken place in Valpoi and many youngsters are unemployed. I have seen the work of AAP in Delhi and I believe AAP will bring change in the region. AAP’s work has won renown globally as well as nationally. Valpoi’s youth believe in Kejriwal’s job Guarantee as they know he is a man of his word. From the last one year AAP is doing great work at grassroot level and have heard positive things from the people of Valpoi while doing grassroot work. I will work for the betterment of Valpoi and will work towards employment of the youth”.

Shubham Shivolkar AAP Leader said, “We have been  experiencing the dictatorship of Viswajit Rane. I believe experienced leader Naik will bring change in Valpoi especially in the education and health sector”.

Mahadev Naik AAP Youth Wing Vice President (North) said, ” AAP is working tirelessly in Valpoi and with the entry of a senior and experienced leader the work will only accelerate.”

“Congress and BJP work together. They quarrel in the morning and come together at night. AAP is not part of such deals”, said Valmiki Naik. “That is why both leaders and residents of Goa are flocking to AAP especially the youth.” added Naik

Previous articleGoans are not fools not to understand TMC’s agenda: Girish Chodankar
Next articleMMC passes resolution to name circle near Ravindra Bhavan as “Shree Damodar Circle”