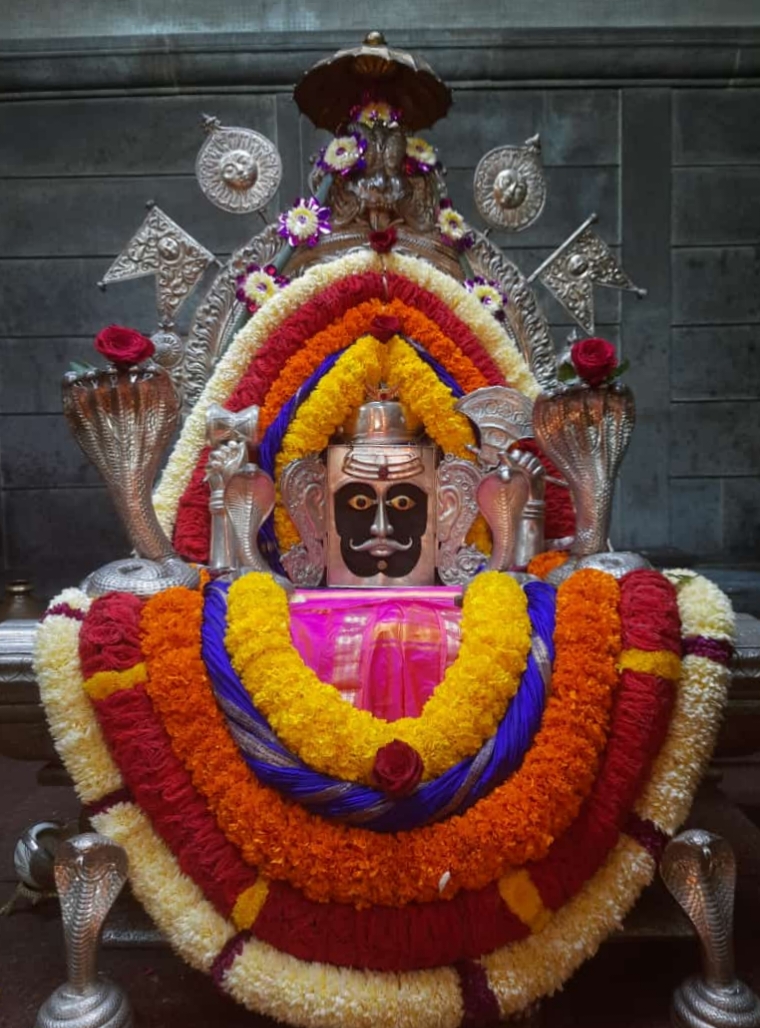 Margao: Respecting the sentiments of devotees of Lord Dambab, the Margao Municipal Council has resolved to name the traffic island near Ravindra Bhavan, towards Damodar Ling, as the “Shree Damodar Circle”after the name of Lord Dambab.

It may be recalled that a few days ago, the members of ‘Dambabale Bhakt’ had called upon Fatorda MLA Vijai Sardesai and had requested him to take up the issue for further action. This was discussed with Ward No 9 councillor Ravindra Naik who was present when the delegation called on the MLA, who also discussed the same with other councillors and it was decided to fulfil the demand of devotees of Dambab after taking divine guidance through Prasad at Shree Damodar Devasthan, Zambaulim. The Devasthan Committee was consulted and after taking Prasad the above name was selected.

In keeping with this, on Thursday during the MMC meeting, Ward No 9 councillor Ravindra Naik proposed that the demand of Dambabale Bhakt to name the concerned circle as Shree Damodar Circle be considered , and the same was seconded by Ward No 10 councillor Vitorino Tavares and after discussion it was passed unanimously.

According to Ravindra Naik, Fatorda MLA Vijai Sardesai had requested Fatorda Forward Councillors to move the proposal of naming this traffic island or circle after the name of the presiding deity of Margao & Fatorda-Lord Dambab and hence he proposed the same. “Even I felt good to move this resolution as we all Madgaonkars are devotees of Dambab.” Naik said.

Hailing the resolution of MMC, Vijai Sardesai said that this step will definitely be liked by many people as many throng the nearby Dambab ling every Monday.“We Madgaonkars and many other devotees from Goa worship Lord Dambab with great divinity and fervour. Hence, I really felt good that MMC respected our word.” Sardesai said.

Sardesai said that this will help to spread the spirituality and divine message among the devotees of Dambab. “I congratulate the members of Dambabale Bhakt and also all devotees for the resolution taken by Margao municipality in deference to their wishes and sentiments ‘ he said.

It may be recalled that in this tenure Fatorda Forward Councillors had also passed a similar resolution to name the erstwhile Bolshe Circle at Borda as the St Joaquim Circle . It is learnt that the above circles have been duly allotted to We For Fatorda, a Charity Foundation which is the initiative of the Goa Forward President. The above 2 circles will be developed by We For Fatorda with their own funds and the Charity also pays due charges to MMC for the period it has been alloted to it . The Old Market Circle having an iconic clock tower has also been developed by the Charity and had been inaugurated on this independence day.