I was feeling suffocated in BJP: Alina Saldanha 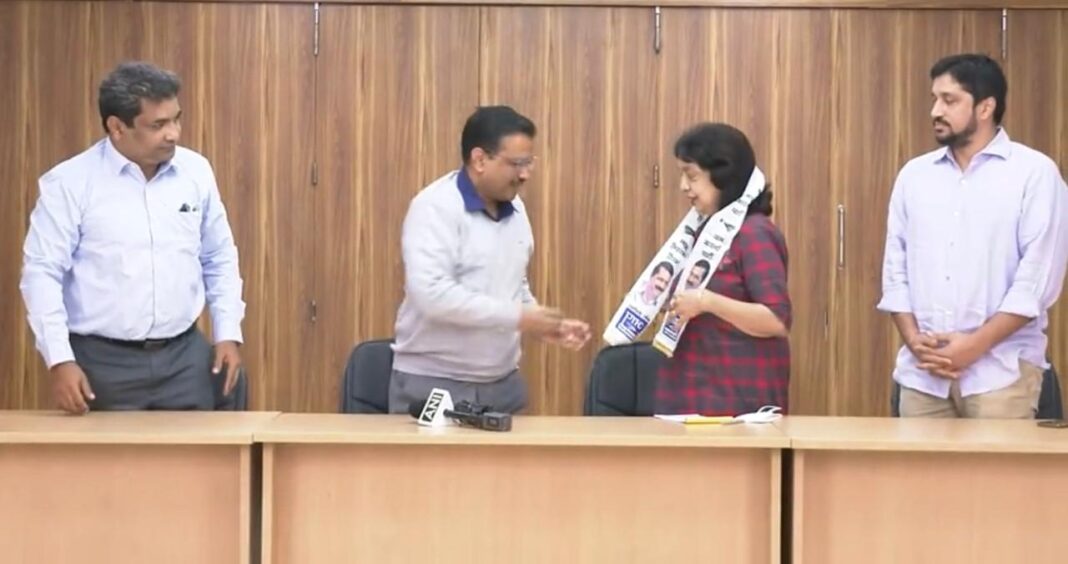 Panaji: Former BJP MLA Alina Saldanha, who joined Aam Aadmi Party on Thursday, said that she was feeling suffocated in the party due to which she decided to quit.

Saldanha on Thursday resigned as Member of Legislative Assembly and also from the Bharatiya Janata Party. Later in the evening, she joined AAP in presence of party’s national convener Arvind Kejriwal in Delhi.

“I was feeling suffocated. Even the party also felt that I was an obstruction for their goals which are anti-people,” Saldanha said in a press conference that was aired from New Delhi. She addressed the media online in presence of Kejriwal.

She said “If I am with the people, I can’t be with the BJP.”

Saldanha, wife of former state minister and renowned social activist late Mathany Saldanha said that she decided to join AAP because it is the party of common man.

“The party which I believe puts the common man in the first position before taking any project. I am in Delhi and I have seen the progress that the Kejriwal government has done in Delhi and impressed by this I joined the AAP,” she said.

Mathany was minister in 2012 Manohar Parrikar cabinet, who passed away while being in the chair after suffering a massive heart attack.

She said that BJP is no longer the party of the late Manohar Parrikar or late Matanhy Saldanha joined with a lot of hope for the state and people of Goa.

“In fact, recent developments in the state forced me to take a stand. I had to leave the BJP for numerous reasons. The party seems to have forgotten its principles and that’s I joined the AAP which works for betterment of common people,” she added.

He said that the people of Goa feel that the central government is bringing this three linear projects to benefit a few capitalists.

“We are against it. If the Aam Aadmi Party government is formed, no work will be done without the consent of the people of Goa,” he added.