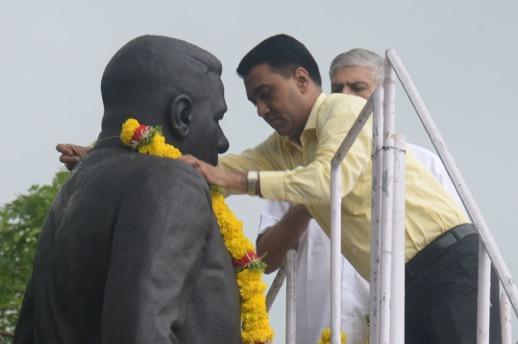 The State level function was held near Old Secretariate in Panaji where Speaker Pramod Sawant garlanded the statue of Bandodkar. Chief Secretary Dharmendra Sharma and others were present on the occasion.

The Speaker also went to memorial of the first chief minister at Miramar and laid wrath on it.

“Remembering the first Chief Minister of Goa Bhausaheb Bandodkar for his rich contribution to the development of Goa, on his death anniversary,” Parrikar tweeted from his personal handler.

Previous articleBan on the sale of PoP Ganesh idols and to encourage idols made of Shadu clay: HJS
Next articleWho are these people in the party talking today? Senior Rane reacts angrily