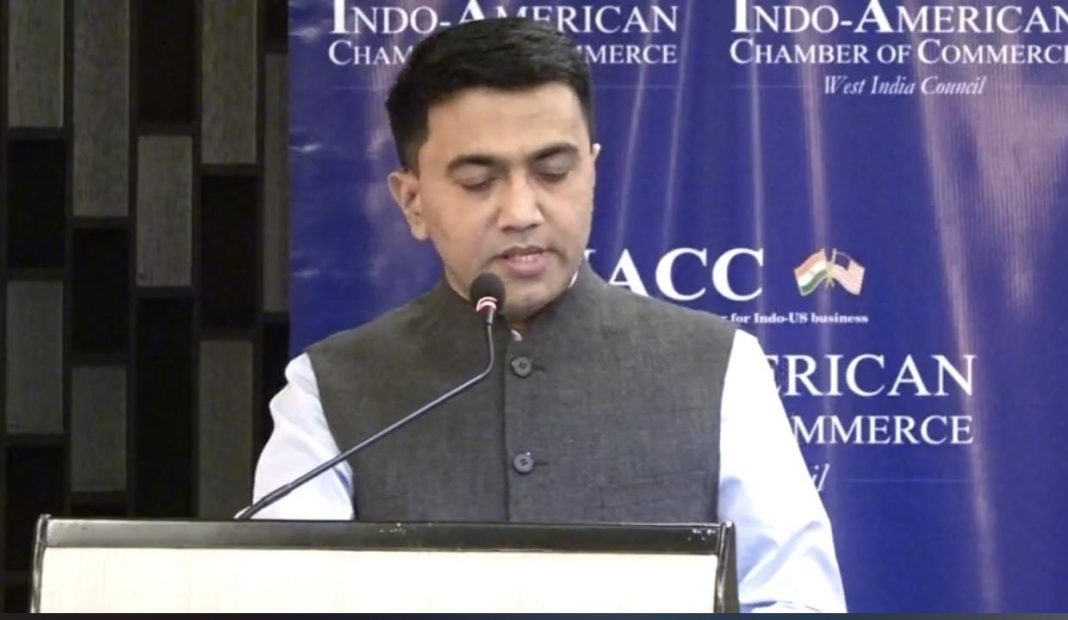 Sawant was addressing the gathering during inauguration of Indo-American Chamber of Commerce in the state capital city on Saturday.

The Chief Minister said that he would be keen to have US companies to invest  in Goa through the 100 percent FDI route.

“My government would give red carpet to such investments. Our Investment Promotion Board will facilitate the investments on Priority basis with all clearances through a Single Window System,” he said adding that Goa has  one of the lowest industrial Power tariff in the country and several incentives for setting up industries in the state.

Sawant said that the coastal state has “long association with the USA.” “Many of our Goan students are studying in the US. In fact, as a part of Vibrant Goa summit we had roadshows in four different cities of the US last year,” he said.

Speaking about the industries in Goa, Sawant said that the Pharmaceutical Industry with an annual turnover of Rs. 18000 crores last year is one of the mainstays of our economy and have been exporting their products to the USA and rest of the world.

He said that his government’s focus areas include the setting up of Education Hubs, Knowledge based industries, Entertainment hubs, Film city where we can have the world’s premier educational institutes setting up their campuses.

“With the new IT and Startup Promotion Policy aimed at attracting top tier new-age tech start-ups to the State and providing the requisite infrastructure for growth of Start-ups in the State, we expect a lot of Investments to come in into the Knowledge Process Outsourcing (KPOs) and IT industry focusing on development, consulting, design, animation services,” he added.

Sawant said that the state government has the Public Private Partnership (PPP) cell that can also facilitate Private investments.