Goa has been cheated on Mahadayi issue: Governor 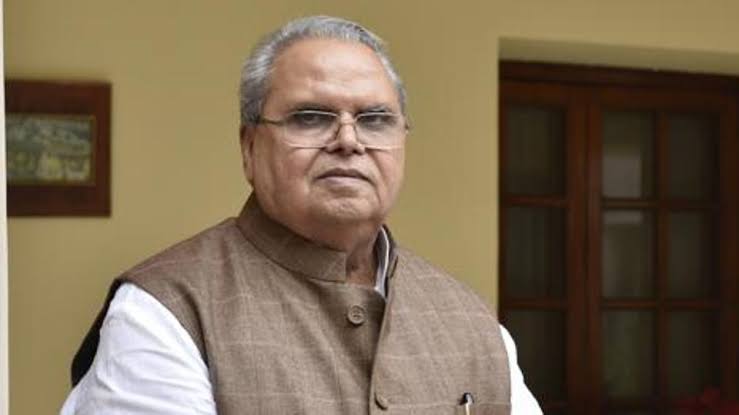 Panaji: Governor Satya Pal Malik on Thursday said that Goa has been cheated on Mahadayi river issue by the centre.

Malik told an interview to a local cable television channel that it is unacceptable that the Mahadayi river water is diverted for irrigation purpose (by Karnataka), when it is needed for Goa which is located downstream.

“Mahadayi issue is about the lifeline to Goa. it is very important issue. If water is reduced in Mahadayi basin then the saline water will travel upstream,” Malik said in an interview on Prudent Media channel in its series “Head On” anchored by senior journalist Pramod Acharya.

“It is unacceptable that your water is being diverted for irrigation purpose for other people. I feel that Goa has been cheated,” he said.

Pramod Sawant-led government is facing criticism after Union Environment, Forest and Climate Change Minister Prakash Javadekar wrote to Karnataka on December 24 that Environment Clearance was not required to Karnataka for a drinking water project on Mahadayi river.

Earlier, on December 18, Javadekar had communicated to Karnataka that similar letter written by him has been kept in abeyance.

The Governor who had met Prime Minister Narendra Modi seeking his intervention in the matter said that it is applaudable that Opposition and ruling parties had gone in all party delegation to meet Javadekar in October asking him to protect interest of Goa.

“My praises are for the opposition here and the government who went in all party meeting to Javadekar. Javadekar assured them to solve their problem but he took time because Karnataka elections (by-elections) were going on,” the Governor said.

Referring to his meeting with the PM, Malik said “When I met PM in Delhi and by the time I am back in the Goa Niwas, I got call from Javadekar that the delay to withdraw earlier letter was due to the election.”

“After that was a weekend. So I called up Javadekar again on Monday. He told me that I have drafted the letter, I am in Pune and next day I will send it. Fortunately, Goa CM Pramod Sawant was also going to meet him (in New Delhi), so I told him not to come back without letter,” he said referring to the communication wherein Javadekar had kept his earlier letter to Karnataka in abeyance.

“The letter was satisfactory. He had kept his earlier communication in abeyance,” the Governor said.

“Now that he has once again written a letter to Karnataka (December 24) that can be misinterpreted though there is nothing in it. But I will go by feelings of Goan people. Whatever is the feelings of opposition or ruling party, I will be with it,” he added.