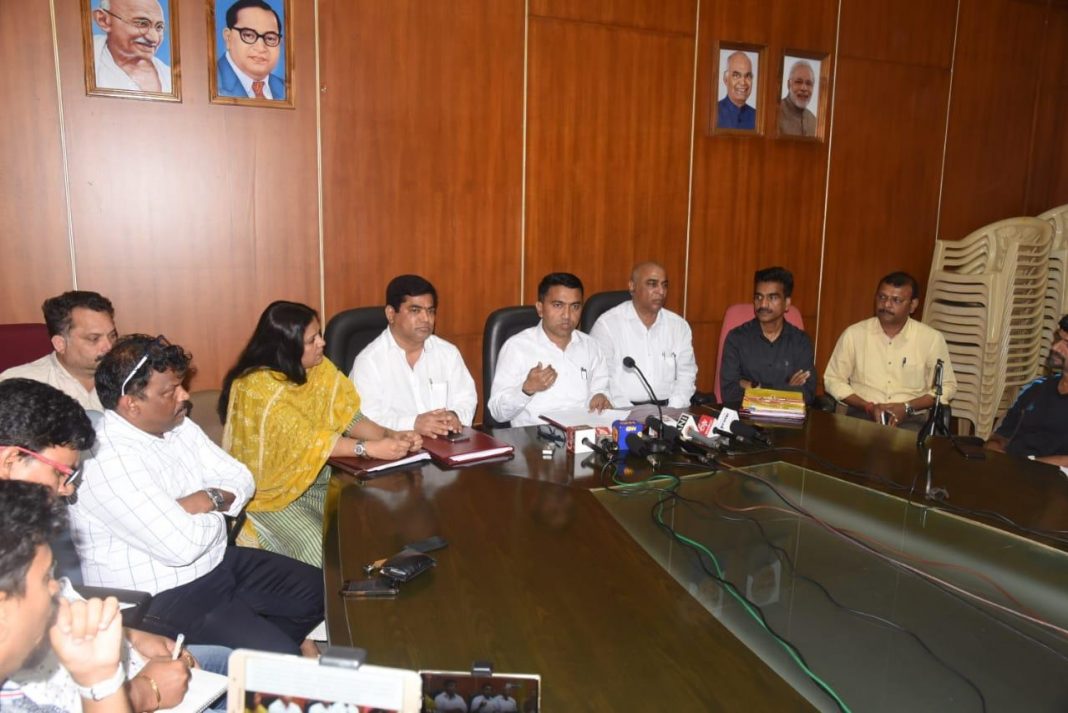 Talking to reporters after State cabinet meeting at Porovorim on Friday, Sawant said that his government has assured to the people that there would not be any compromise on the issue of Mahadayi.

“The case regarding Mahadayi river water diversion is pending before the Supreme Court. I would like to categorically state that Goans need not be worried. If required, we will also go against the union minister of Environment, Forest and Climate Change,” the Chief Minister said.

Goa government is facing criticism after Union minister Prakash Javadekar on December 24 wrote letter to Karnataka informing that Environment Clearance was not required for Kalsa Bhanduri project on Mahadayi.

Sawant said that he has called for a high-level meeting later during the day to chalk out future course of action on the matter.

“Goa government will also write to Prime Minister Narendra Modi seeking his intervention in the matter,” the Chief Minister said.

Referring to the statement by Leader of Opposition Digambar Kamat insisting that one day assembly session on the issue should be conveyed, Sawant said that “those who allowed the water to be diverted, have no moral grounds to tell government how to act on the issue.”

Sawant said that during the tenure of Kamat as the chief minister (2007-2012), Karnataka managed to divert Mahadayi river water, while he did nothing to stop them.

The Chief Miniser also said that Goa government has got approval for construction of six dams on Mahadayi river in its basin.

“We would be utilizing the water for our purpose and the work on these dams would be expedited,” he said.

Previous articleGoa has been cheated on Mahadayi issue: Governor
Next articleFive-day long Budget session from February 3