Goa CM Pramod Sawant resigns from the post, to pave way for formation of new govt 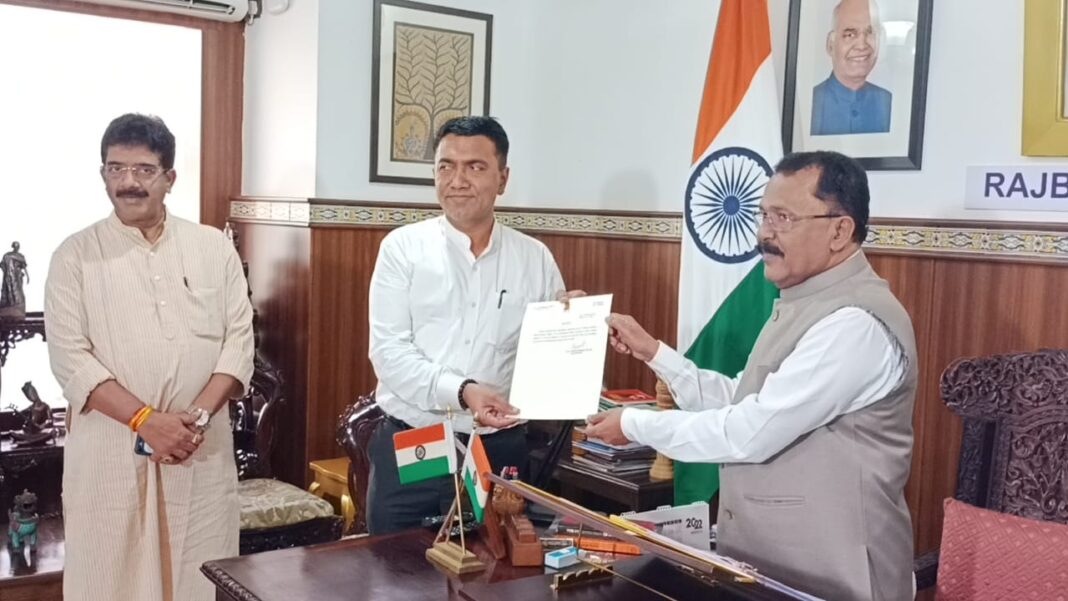 Panaji: Goa chief minister Pramod Sawant on Saturday resigned from the post to pave way for the formation of new government.

Bharatiya Janata Party has emerged as the single largest unit in Goa Legislative assembly elections, which were held on February 14 and whose results were announced on March 10.

After meeting the Governor, Sawant told reporters that he has been asked to continue as a caretaker CM of the state till new government is in place.

“Governor has given me appointment letter as a caretaker chief minister of the state,” he said.

Sawant said that the date on staking claim to form the new government is yet to be decided by the party. “The central observers will arrive in Goa and other three states after which the dates of swearing in in the respective states would be announced,” he said.

The chief minister refused to divulge when the observers will arrive.

He said that the procedure to stake claim has already begun with State cabinet on Friday deciding to recommend the dissolution of the House to Governor on Monday.