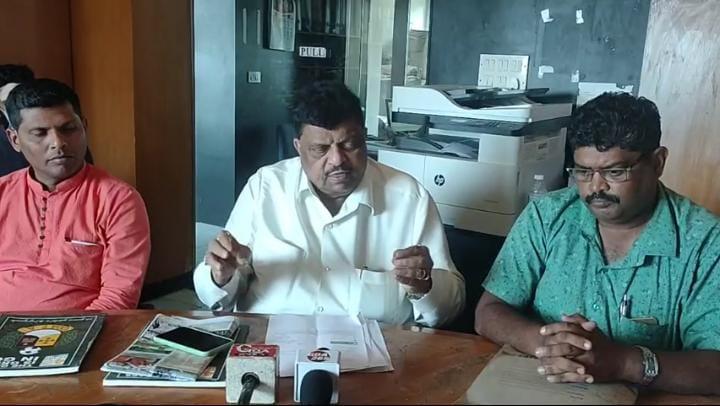 Panaji:  Goa Football Association President Churchill Alemao on Thursday announced that he would move to the Court demanding inquiry into the shifting of Bandodkar Gold Trophy from the secured bank lockers to the office of the Association, without any valid reason.

Addressing a press conference in Panaji on Thursday, Alemao suspected foul play in moving out of the 10 kilogram Gold Trophy from the secured premises of the Bank, without even taking the police protection and any reason.

He recalled that the Trophy was always moved out for the tournament under strict police protection as it was made up of gold and it was valuing Rs 20 lakh in the year 1970, when the tournament started.

Instituted in the year 1970, then chief minister Dayanand Bandodkar, who donated the trophy, the Bandodkar Gold Cup was one of the top football tournaments.

The tournment has not been held since 1994. In the year 2018, Alemao had claimed in the Goa Legislative Assembly that the Gold Trophy was swiped. Chief Minister Pramod Sawant had assured to conduct investigation in the matter.

On Thursday, Alemao said that the Trophy was removed from the Bank locker in the year 2016 and kept at state run Goa Football Development Corporation (GFDC) from where it was shifted to GFA office, before he took over as the President.

Alemao said that he would be moving to the court demanding investigation in the swiping of the trophy. “The chief minister had assured to investigate in the matter on the floor of the House. I will also move application under Right to Information (RTI) demanding to know the status of the inquiry,” he said.