For the sake of Congress party, Senior Rane faces first ever defeat in his political career 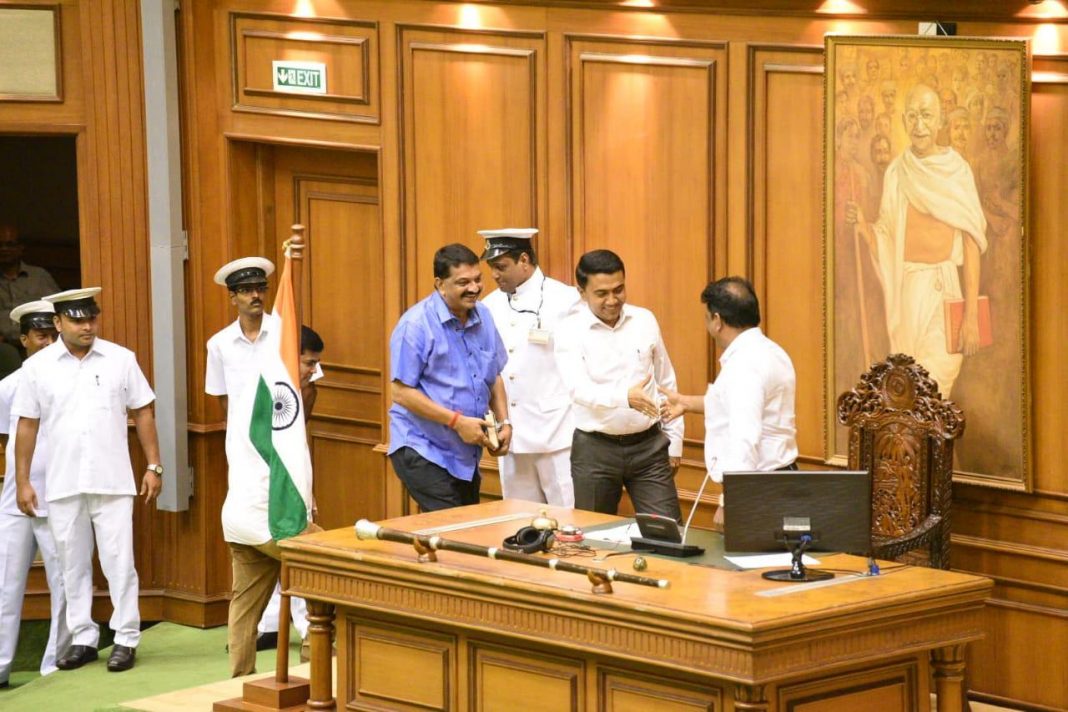 Porvorim: The election of Speaker of Goa Legislative Assembly will also be known for another reason. It marked the first ever defeat of Pratapinsh Rane in his entire political career of nearly 50 years.

Knowing well that he does not have numbers to his side to defeat BJP candidate Rajesh Patnekar, senior Rane preferred to do this sacrifice for the sake of his party. Former Chief Minister Digambar Kamat had told reporters on Monday that the congress wanted to send a message that it is very serious about the election for the post of Speaker.

Sources stated that during the Congress Legislative Party meeting held on Monday, senior Rane had refused to contest the election. But the pressure from other colleagues made to change him his mind.

The first call that Senior Rane received after he filed nominations yesterday was of his son and BJP Minister Vishwajit Rane.

Previous articleCongress’ dream of forming government comes down crashing, thanks to GFP
Next articleI have immense respect for my father, but I will vote for BJP candidate: Vishwajit Rane