Five thieves arrested in and around Margao railway station 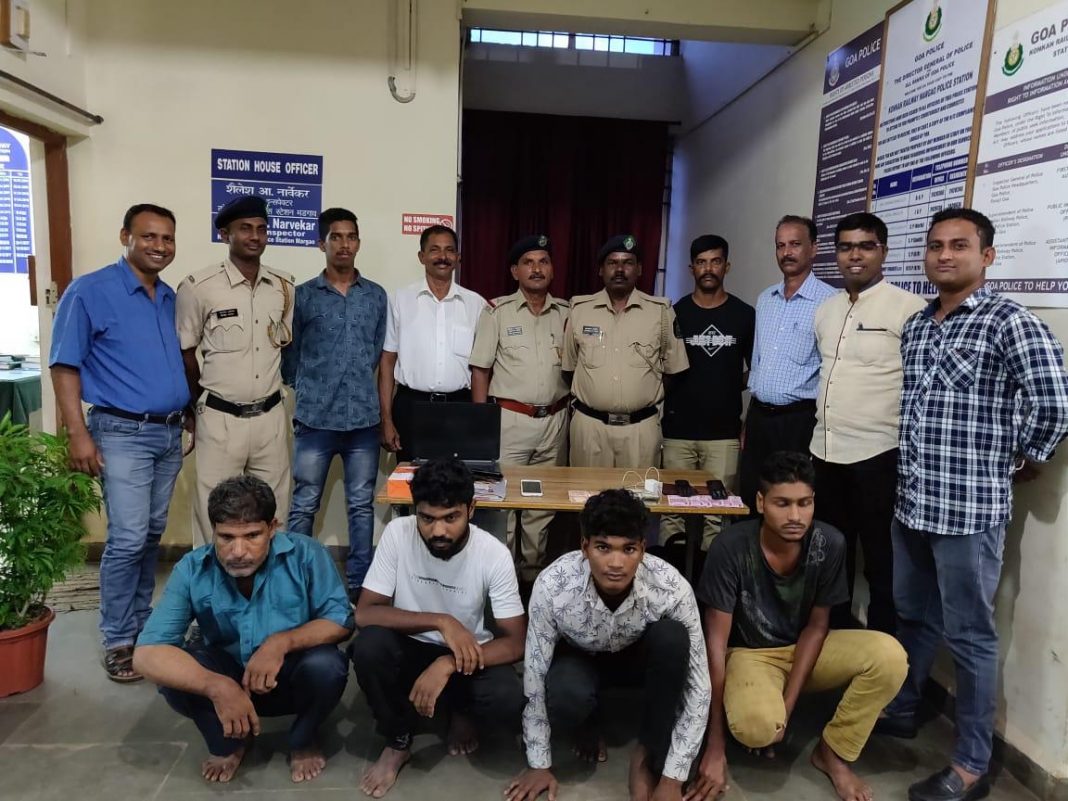 Margao: Launching anti-thief drive, Konkan Railway police swooped down on five accused who were on the spree of stealing in and around Margao railway station.

Scores of laptops, mobile phones and other equipments are confiscated from these thieves. The drive was led by Police Inspector Shailesh Narvekar.