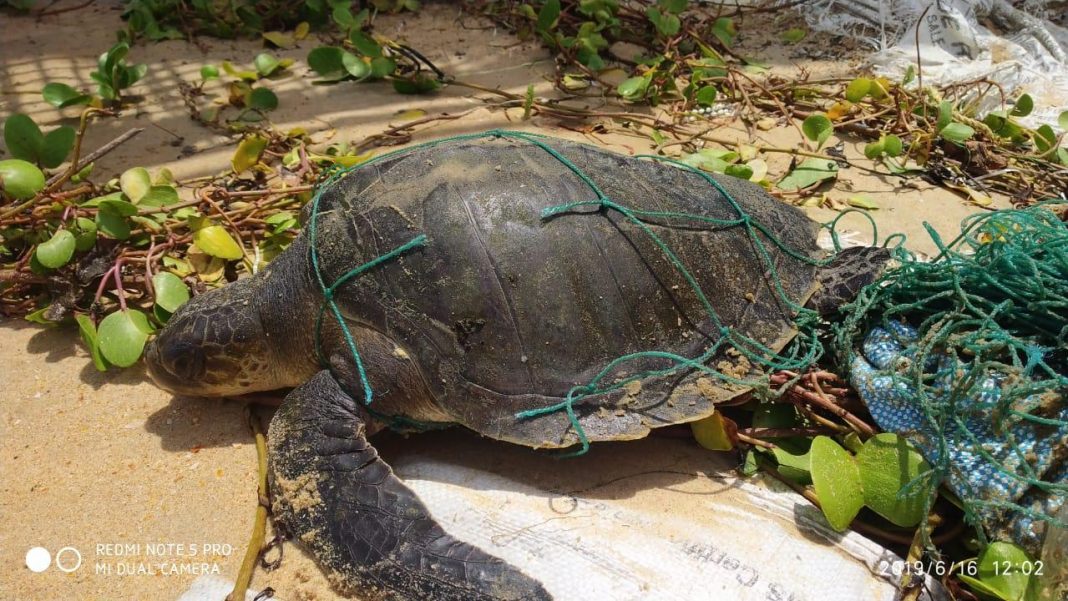 Panaji: Earlier this week Drishti lifeguards spotted sea turtles in Betalbatim, Cavelossim and Rajbag Canacona, entrapped in a net which had washed up on the shore. The incidents were reported to the forest department immediately.

The turtles spotted were freed from the net and its condition was examined. As medical intervention was not required, the turtles was released back into the ocean.

Sea turtles are air breathing reptiles. The weight of a net may hold them back and not allow them to surface. An added load also slows them down. In recent times Goa’s coast has witnessed a number of incidents of turtle stranding.