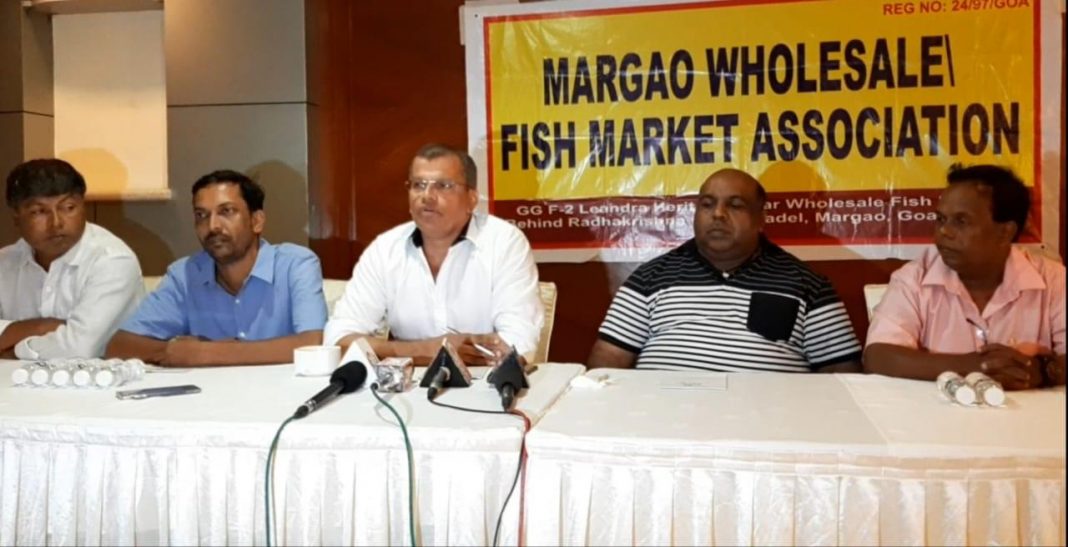 Panaji: The Margao Wholesale Fish Market Association and the fish vendors have demanded resignation of Health Minister Vishwajit Rane for failing to rebuild the confidence within public on fish.

Margao Wholesale Fish Market Association have condemned and sought Minister’s apology over his statement of throwing the memorandum, submitted by them to the Food and Drugs Administration (FDA) Director Jyoti Sardesai, in dustbin or putting it in shredder.

Association President Ibrahim Maulana told reporters today that the statement issued by Health Minister smells of arrogance, dictatorship and against the welfare of the people.

“We demand that Health Minister should immediately tender his resignation as he has failed to address the issue related to fish. Last two months, this issue has raised its ugly head and Rane has failed to solve it. In fact, Health Minister’s action has further widened the fear and panic in the minds of people,” Maulana said.

“We would like to remind Rane that he is a public servant and elected representative. Our association is a registered body and not fly-by-night entity. Rane should respect the traders and that his language of throwing the memorandum in dustbin or putting it in shredder is arrogance, dictatorship and undoing of an elected representative,” he stated.

The wholesalers have demanded Chief Minister Manohar Parrikar’s intervention in resolving the matter and to restore public confidence in fish.

The Association reiterated that they are firm that the fish that was imported in Goa never had formalin or any other chemical in the past and even present. “Even in the future, you will not find fish traders indulging in such inhuman act,” they said.