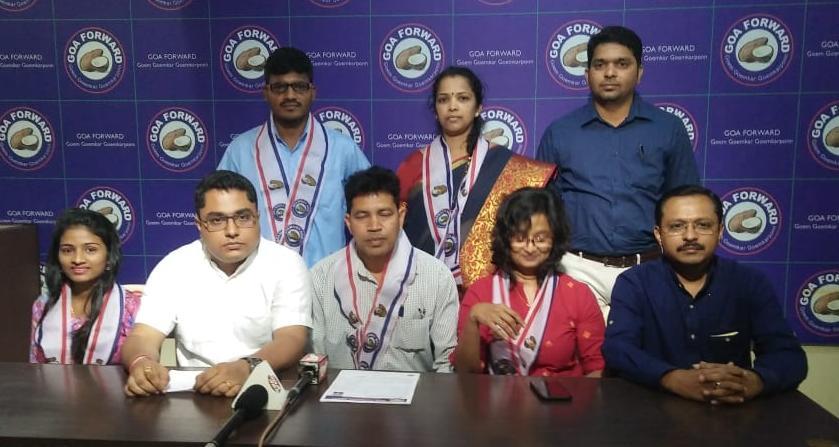 Panaji: Goa Forward Party has cemented its base in Mayem constituency with five out of seven panch members of Pilgao Panchayat joining the party.

“Our party president Vijai Sardesai had announced that the party will be expanding across the grass root level. This is one such step,” Kamat told reporters after inducting the new members in the party.

He said that the party’s Joint Secretary Santosh Kumar Sawant has been working in Mayem constituency. New members joining the party will further expand the base.

“All the three ministers of Goa Forward Party has been working for the development of the State. More and more people are getting attracted towards the party, which shows that the people are gathering under the leadership of Sardesai,” Kamat said.

He said that more panchayats from across Goa will be joining the party in coming days. “We are also declaring the block committee of the party for Mayem constituency in next 10-12 days,” Kamat added.

Sarpanch Pradeep Naik said that he was impressed with the style of functioning of Vijai Sardesai and want to bring similar development in Mayem constituency.

Lalana Gimonkar said that this is her first ever venture into any of the political party and feels lucky to work under the leadership of Sardesai and Sawant.