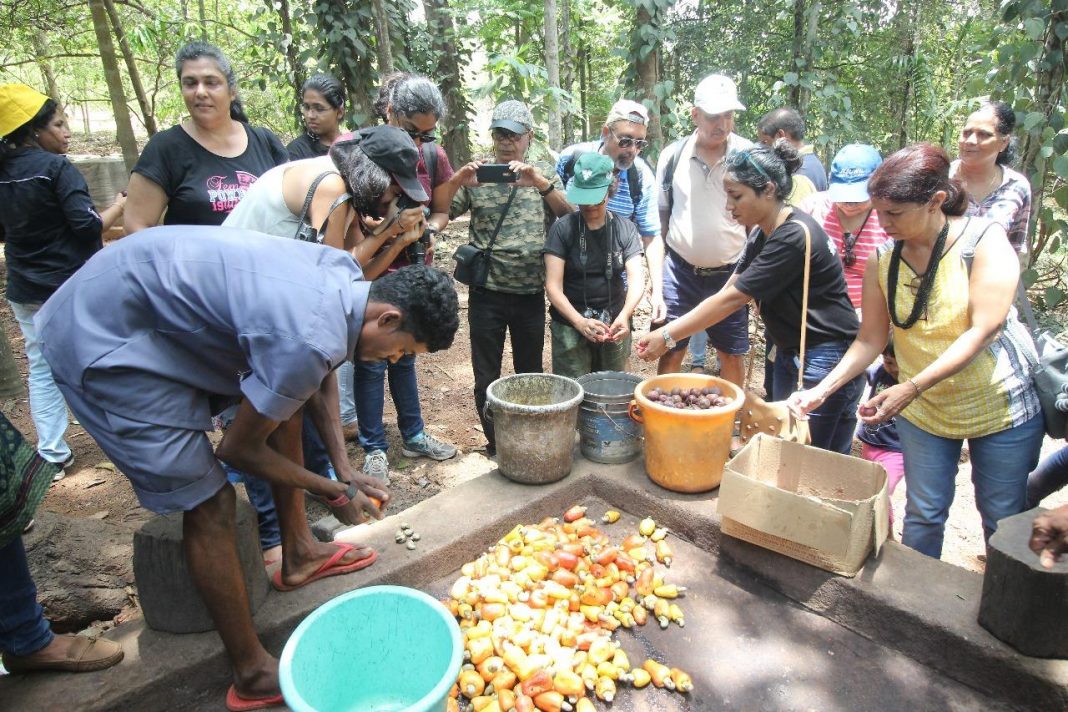 Panaji: NV Eco Farms located at Kiralapal in Sanguem taluka hosted Goa’s one of the most unique event ‘Mudasachem Fest’ which was a sort of digital detoxification for the young and elder generation alike.

The like-minded people led by `festakar’ Marius Fernandes has curated different festivals which began with Mudasanchem Fest on May 01.

On May 5, there is Bailanchem Fest at Peaceful Society, Madkai, Ponda while on May 7 there is Bhurgeachem Fest at Our Lady of the Divar High School, Divar Island.

Several groups like ‘Uzwaad’ have been associated with these events which aims to get the people close to their roots.

On May 1, during Musadachem Fest, the people got the real feel of green Goa.  “All where welcomed with heritage baji pav and lemon grass tea. The NV farm trail gave chance for the participants to experience the traditional ways of roasting Cashew, tanatle(hay) bangde, bhinna, niro (cashew juice), making urrak and feni.”

The participants gathered near the pool,   where Uzwaad sang goan songs and played ghumat.

Heritage activist Prajal Sakhardande, agriculturist Minguel Braganza and conservationist Sendra Pereira are amongst the people who are working towards making these events success along with Marius Fernandes, who is the inspiration behind it.