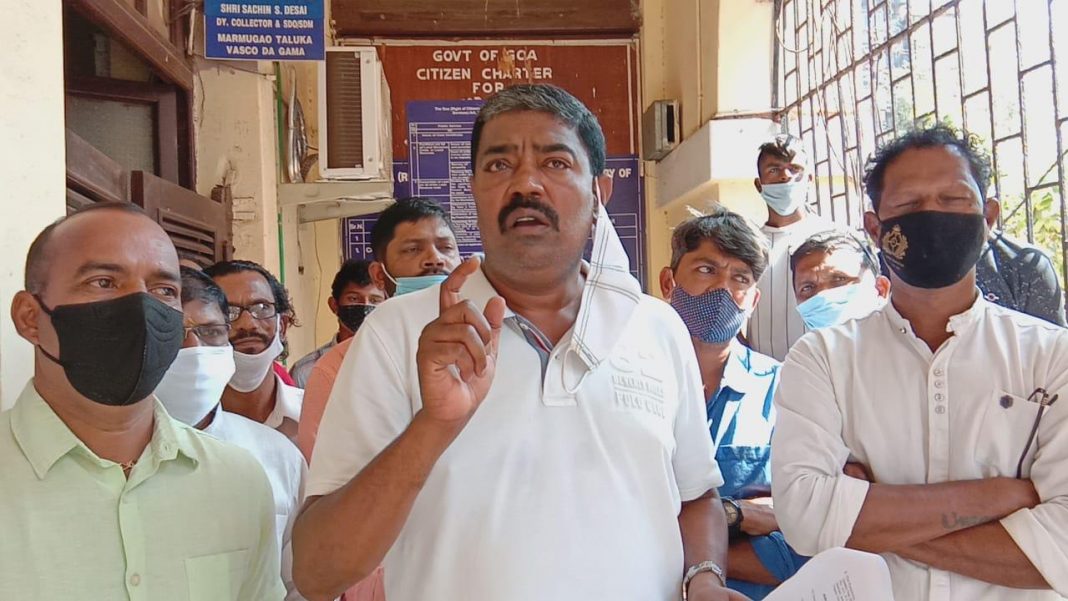 Panaji: Goa Pradesh Congress Committee (GPCC) Vice President Sankalp Amonkar seems to have taken the agitation against attempts to delete 900 voters from Mormugao constituency using fake objectors including a dead persons documents to its logical end prompting election commissioner to issue order directing to randomly change the majority of BLOs who are employed with the power department. 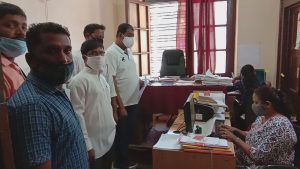 Amonkar further said that the Government was doing an eyewash and though a personal hearing was called to verify the objections and details and credentials of the objectors on Wednesday,  in reality there was no one present for the meeting .
Amonkar along with supporters while speaking to media also thanked the Goa Forward party and other political parties for supporting the issue raised by him and jointly taking it up with the election commission
“We had an all party meeting with the election commission  and representatives of the political parties were present. Our party representative Albino Gomes and GFP Representative Durgadas Kamat raised this issue and got to his notice that attempts were made to delete 900 voter names from Mormugao constituency using fake objectors ,of which some were from maharashtra and Karnataka. The highlight of the representations was that a dead persons details were used to raise objections and seek deletion of voters. We produced the death certificate of the dead person to the Election commissioner after which it was verified by him and he subsequently assured us of conducting an enquiry in the matter,” said Amonkar.
“We later also showed that 22 BLOs of the 29 BLOs are also employed with the power department and were employed while Urban Development minister Milind Naik was a power minister and hence the BLOs were being used for his benefits. The election commissioner has now issued an order to reshuffle the BLOs of the power department because in no constituency can the BLOs be of only one department and they have to be appointed randomly from various departments,” said Amonkar
Amonkar also hit out at the state administration for carrying out an eyewash job to fool the people of Mormugao by organising a personal hearing to verify objections  and objectors credentials but in reality no one was present for the hearing.
“The Dy Collector of Mormugao issued an order yesterday afternoon calling us to be present today morning wherein all BLOs would be called but we were told that dy Collector is on leave and we were told to meet the  Mamlatdar but shockingly he was also on leave . We feel that somewhere this is an eyewash to fool the people where in on paper , a survey was called on Wednesday but in reality no one was present and no one attended the survey and this is the hidden agenda of the BJP,” said Amonkar
“Government is doing an eyewash to fool the people, We were called saying that a survey would be carried outfor the objectors has been  called but there is no one present here- GPCC president Sankalp Amonkar”