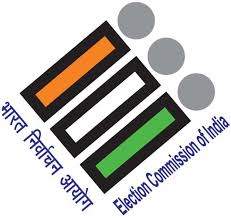 Panaji: Following complaints by political parties about objections being raised in the name of the dead people, the office of Chief Electoral Officer (CEO) on Wednesday has written to South District Electoral Officer (DEO) to replace the Booth Level Officers (BLO).

Goa Forward Party (GFP) during their meeting with Chief Electoral Officer Kunal had pointed out that the objections were raised in the name of citizens who have already expired.

Congress’ Goa State General Secretary Sankalp Amonkar had also raised similar instance to the election officers in Mormugao Taluka bringing to their notice that objection was raised in the name of a dead person. Amonkar had alleged involvement of Booth Level Officers (BLOs) in the racket to ensure that valid voters are deleted from the list.

Amonkar had claimed that BLOs from one particular government department were designated as BLOs in Mormugao Taluka, where such illegalities are reported.

The CEO is currently holding  the Special Summary Revision of photo electoral rolls undertaken by the Election Commission of India.

The letter written to DEO, Deputy Chief Electoral Officer Sangeeta Naik has said that in view of the concerns raised by he political parties regarding the parents offices of the BLOs of Mormugao taluka, you are requested to explore the possibility of replacing these BLOs from staff of other government departments instead of one single department.