Congress to play role reversal of Manohar Parrikar on casinos 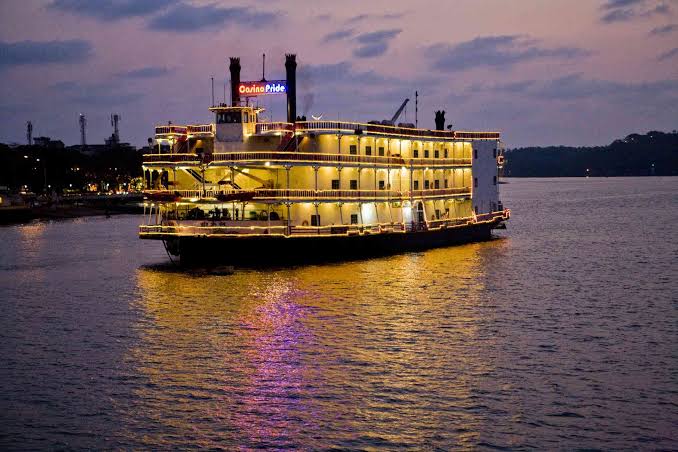 Panaji: Congress in Goa on Thursday announced that they would play ‘role reversal’ to late Manohar Parrikar on the issue of shifting off-shore casinos out of River Mandovi.

Goa Congress Spokesman Urfan Mulla said that the party will hold ‘mashal rally’, the way Parrikar had done ahead of 2012 Goa Legislative Assembly election, against the presence of casinos in River Mandovi.

Parrikar had led ‘mashal rally’ in Panaji urging then Digambar Kamat-led government to shift casinos out of River Mandovi, opposing its presence near the capital city.

The BJP leader then went on to become chief minister after wining 2012 polls with thumping majority but could not shift the casinos from River Mandovi.

Congress is miffed with the recent statement by BJP MLA and state port minister Michael Lobo who had said that “casinos should not be removed out of River Mandovi.”

Lobo had also said that more casinos should be introduced in River Zuari and Chapora so as to generate revenue and create employment.

“We have planned a strategy. We will host exactly, the same kind of agitation, which was done by Parrikar. We want to remind BJP about their assurance on off shore casinos,” he said adding that the exact date for plan of action would be announced soon.

Mulla said that BJP has betrayed the people of Goa on several fronts and the biggest betrayal is on casino issue.

“Congress in their 2017 manifesto had specifically mentioned that it is committed to remove the off-shore vessels. We have stuck with our manifesto assurance,” he said.

Meanwhile, Congress party has also decided to visit homes of all the ten of their former MLAs who had switched side last year to join BJP.

“The party will challenge them to resign as MLA and then re-contest on BJP ticket in their respective assembly constituency,” he said.

Mulla said that all those MLAs had got elected in 2017 assembly election on Congress ticket, as the voters had rejected BJP. “But these ten MLAs ditched the voters to en-mass join BJP. They should resign as MLAs and if they think they can get re-elected on BJP ticket, they should try their luck,” he said.

The party, he said, will begin visiting its former MLAs later this week. “The first one to be given letter challenging him to resign is St Cruz MLA Antonio Fernandes who is amongst the ten lawmakers,” he said.