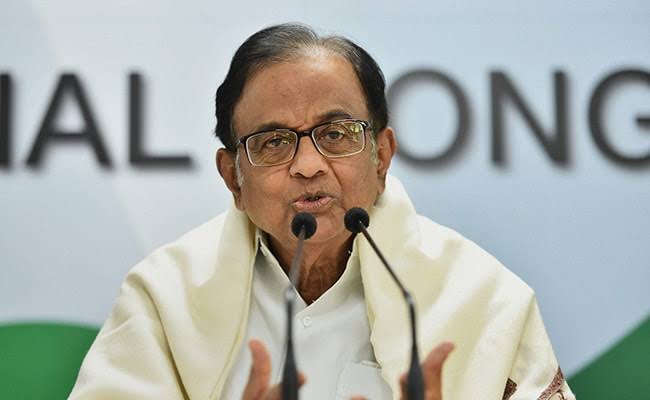 Panaji: Congress leader and former Union Finance Minister P Chidambaram’s statement on alliance with Goa Forward Party have created more confusions on a day when party’s senior leader Priyanka Gandhi is arriving in the state. The statement goes against the attempt to defeat BJP in the state, which is supposed to be the fulcrum of her visit to the poll bound state.

What is the real fall out of former Union Finance minister P Chidambaram’s sudden and shocking statement that there’s no Congress alliance with Goa Forward party despite the much publicised picture of Rahul Gandhi holding up the GF supremo Vijai Sardesai’s hands along with that of the Congress Goa desk in charge Dinesh Gundu Rao’s?

How inappropriate or improper is his comment especially after a very strong signal has been sent by the top leadership that some  kind of an understanding has been reached at the highest level?

All Chidambaram’s seemingly thoughtless comment seems to have done is to take the sheen off Priyanka Gandhi’s upcoming visit to Goa, now that the people’s focus is on whether there will be an alliance or not and the consequent confusion rather than Priyanka’s otherwise positive trip to Goa to take on the BJP.

To add to this is the disillusionment of Porvorim MLA Rohan Khaunte’s supporters who recently joined the Congress and who also are supposed to resign en masse due to GPCC President Girish Chodankar’s uncooperative and stubborn stand in Porvorim which they believe is political harakiri on part of the Grand Old Party even when Rohan has been in touch with the Congress High Command and has been giving indications of joining the party for the last 4 months.

Also this statement by the Senior Congress Observer & former Union Minister seems to be, at least to some political observers in Goa, a defiant one and many are led to speculate that Mr Chidambaram is part of the G 23 who see every decision that’s taken by the Congress high command as one that needs to be objected to.

Whatever it is,  as a senior leader, Chidambaram should have restrained himself from random comments that shows his own high command in a poor light and portrays the party in poor light.

With regards to Porvorim mishandling the net result could make Congress a non starter in Bardez, a taluka which has hitherto been a BJP stronghold but which was coming to Congress with the expected entry of Khavante, which now seems to be an impossibility.

All in all Congress has shot itself in its foot at a very wrong time and the chances of it trouncing the BJP are now looking bleak in Goa Polls 2022. The stand of the Goa Forward Party which had in the last week gone gung ho over the proposed alliance with the Congress now needs to be seen, with its politically crucial decision making body supposed to meet this evening.