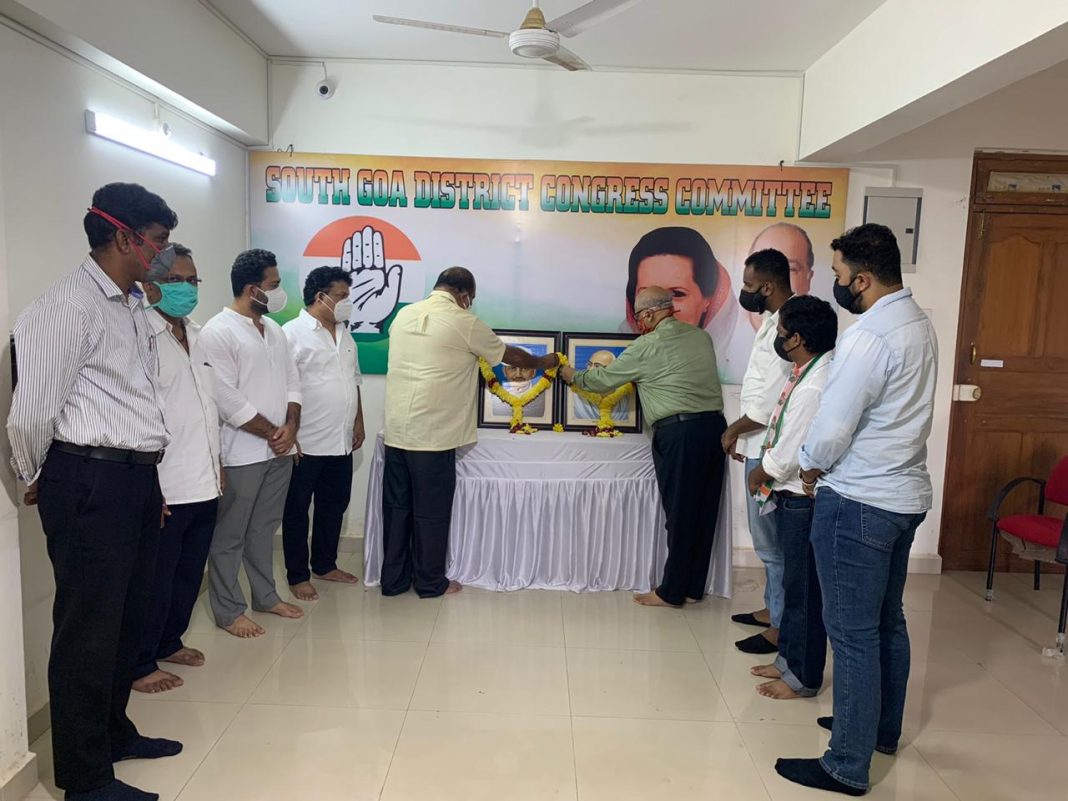 Margao: Father of Nation Mahatma Gandhi always believed in Non- Violence & it is the duty of the government as well as every citizen of this Country to follow his principles of Non- Violence. Democracy gives us the right to protest in a peaceful manner and any attempt to curb the Constitutional rights of every citizen are against the Democratic values. It is unfortunate that our Nation is passing through such a phase wherein the teachings of Mahatma Gandhi are completely ignored and side-lined stated Leader of Opposition Digambar Kamat.

While paying his tributes to former Prime Minister Lal Bahadur Shastri, Digambar Kamat said that his slogan of “Jai Jawan Jai Kissan” will keep inspiring generations to come. He said Shastriji brought in various reforms in Agricultural Sector. He said the “White Revolution” in India gave a boost to Dairy Farming Sector.

Leader of Opposition however, criticized the BJP government for not respecting the farmers as well as the principals of Mahatma Gandhi of Non- Violence. He strongly condemned the atrocities on Women in the Country and also high handedness of the Police against the Opposition Leaders.

Congress Leaders offered floral tributes at the portrait of Mahatma Gandhi and Lal Bahadur Shastri. South Goa District President Joseph Dias welcomed the gathering and paid tributes to both the leaders on their Birth Anniversay.