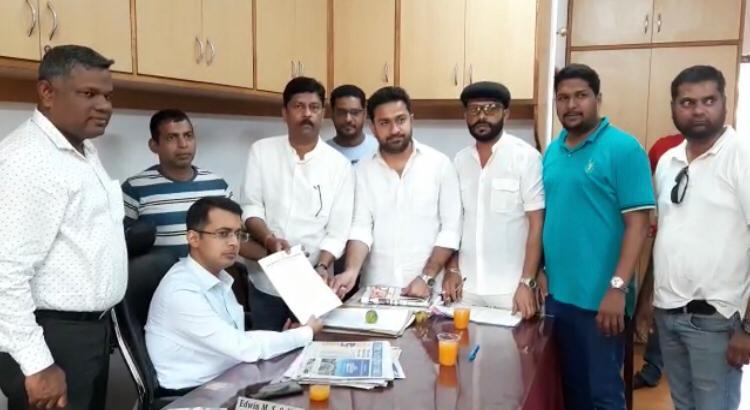 Panaji: Delegation of Congress party on Sunday met senior police officer demanding inquiry into the death of two tourists near EDM Sunburn claiming that it was due to suspected drug overdose.

Goa Pradesh Youth Congress Committee President Varad Mardolkar along with other Congress leaders including   Amarnath Panjikar, Janardan Bhandari, Urfan Mulla and others met Superintendent of Police (North) Utkarsh Prasoon demanding that permission given to Sunburn organizers should be immediately revoked.

Talking to reporters after submitting the memorandum, Mardolkar said that similar instances of deaths due to drug overdose were reported at Sunburn Festival in the past too.

“Two deaths of Andhra Pradesh based tourists on Friday is clear indication that the narcotics is being paddled during the festival. We have demanded that the permission for Sunburn be revoked immediately,” he said.

Sunburn, an Electronic Dance Music festival, which began on Friday will culminate on Sunday.

Mardolkar said that Congress party had petition various authorities including Chief Minister Pramod Sawant demanding that drug menace in the coastal belt should be controlled.

“Goa is already earning bad repute due to existence of drugs. We can’t allow image of the state to be tarnished further,” he said.

Mardolkar said that SP has assured them to look into their demands.