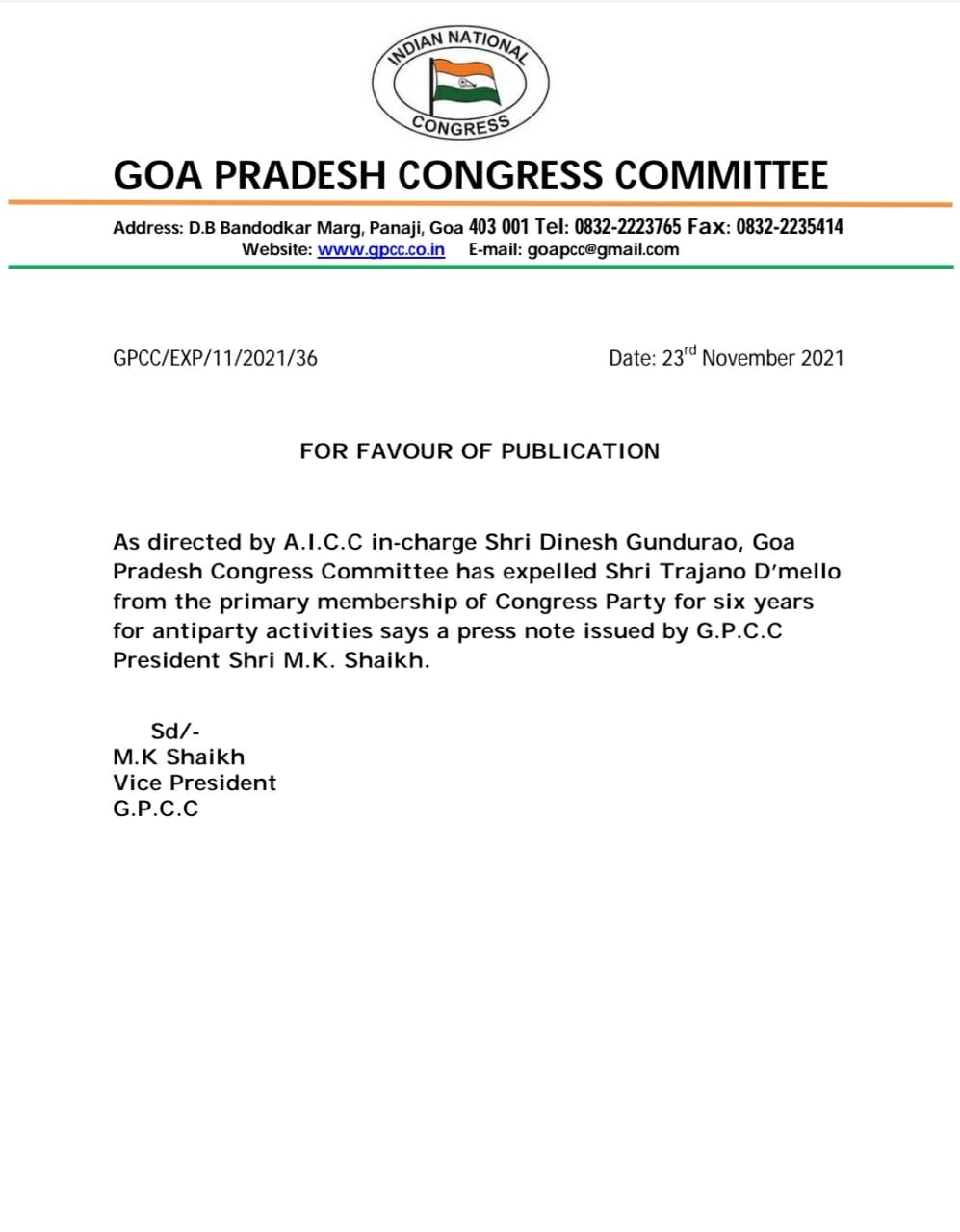 Panaji: Congress Party on Tuesday expelled its State Spokesman Trajano D’Mello from the primary membership of the party for six years accusing him of being involved in anti-party activities.

D’Mello was in the controversy recently after his audio clip accusing GPCC Chief Girish Chodankar of working detrimental to the welfare of the party went viral on social media.