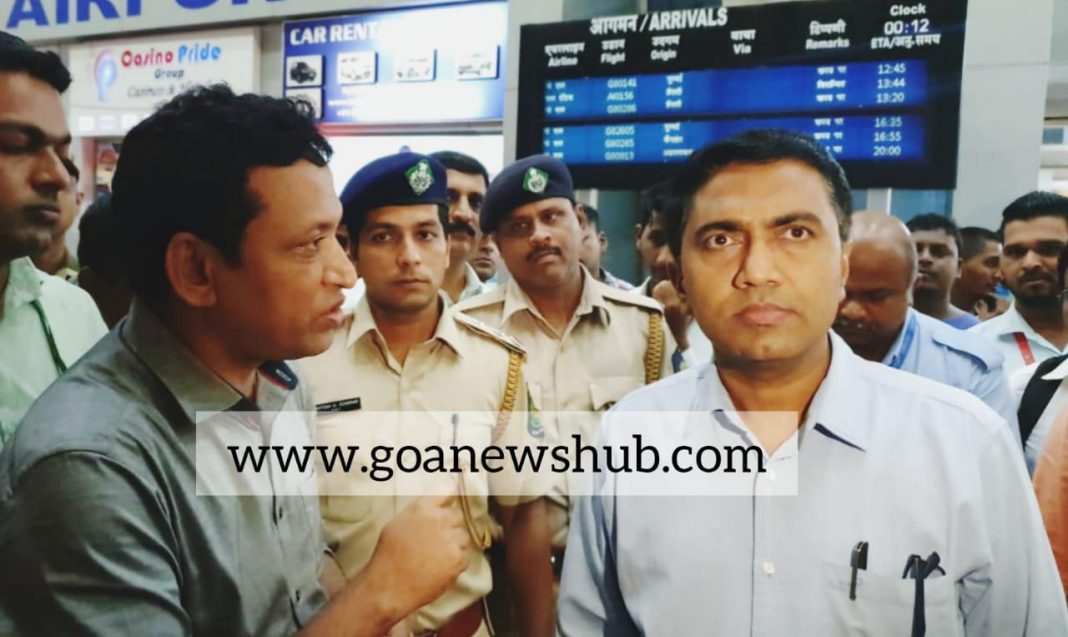 Panaji: Chief Minister Pramod Sawant on Friday mid-night said that he would reshuffle the cabinet on Saturday replacing four ministers.

Sawant said that this would be the last cabinet reshuffle that is induced in the government.

A group of ten Congress MLAs on Wednesday joined BJP increasing the strength of the party to 27 on the floor of the House.

The chief minister said that the three members from coalition partner Goa Forward Party and an Independent MLA Rohan Khaunte would be dropped from the cabinet.

He refused to name the MLAs who would be inducted in the cabinet on Saturday but said that three would be from newly inducted lot while one is an old BJP MLA.

Speculations are rife that former Leader of Opposition Chandrakant Kavlekar along with Philip Nery Rodrigues and Atanasio Monserratte would be inducted in the cabinet along with Deputy Speaker Michael Lobo.

Sawant said that the swearing in ceremony of new ministers would be held on Saturday at 3 p.m. at Raj Bhavan.

This is the second cabinet reshuffle done by Sawant since he took over three months back. In the first cabinet reshuffle, Sawant had inducted MGP’s breakaway MLA Deepak Pauskar after dropping then Deputy chief minister Sudin Dhavalikar.

On asked why allies are being dropped from the cabinet, Sawant said that the decision has been taken as per the directives of the central leadership.

“I don’t want to go in detail. We have taken this decision to give good governance to the people,” he said.

Sawant has been supported by three MLAs from Goa Forward Party and Independent.

Goa Forward Party chief and Deputy Chief Minister Vijai Sardesai earlier during the day had said that they are hoping to resolve the crisis with amicable solution.

“Goa Forward Party is part of NDA and had joined the BJP-led government after talks with the national leadership of BJP,” Sardesai said.

“The present state BJP leaders were not part of the discussions then. As such we will take appropriate steps only after talking to NDA leadership at the centre,” he said.

“We have not yet received any official communication from the BJP leaders. On the contrary, we have received indications that the matter will be sorted out amicably,” he said.