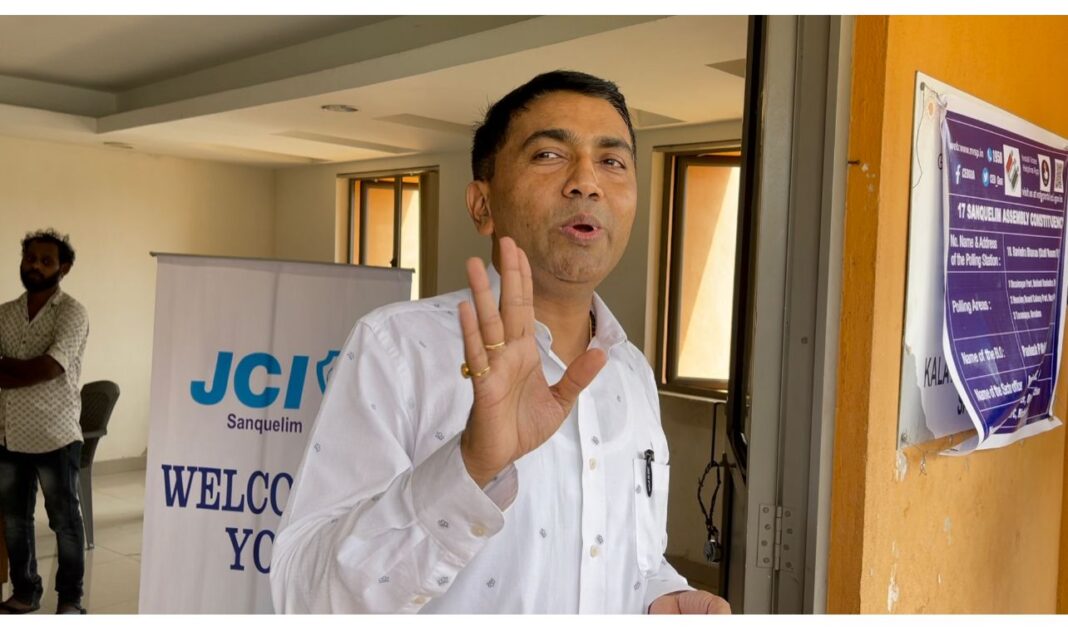 In the same breathe, Kandolkar had admitted that his party was in talks with Trinamool Congress Party (TMC) to forge an alliance for upcoming State Legislative Assembly election.

“People of Goa will never tolerate such a comparison. You cannot compare Goddess Shantadurga to some human being,” he said referring to the statement by Kandolkar.

He said that it is highly condemnable that Goddess Shantadurga is compared with a human being, who committed atrocities on women after West Bengal election results.

“We have seen how same person and the party butchered people after West Bengal elections. People of Goa will never tolerate such a comparison,” he said.

The chief minister said that BJP has kept its doors open for like-minded parties to align to keep at bay, the new political parties with anti-social agenda, who want to enter the state through upcoming election.

He said that the discussion on alliance can begin in the State but final call would be taken by party high Command in Delhi.

Goa is slated to host Legislative Assembly election in February, next year.