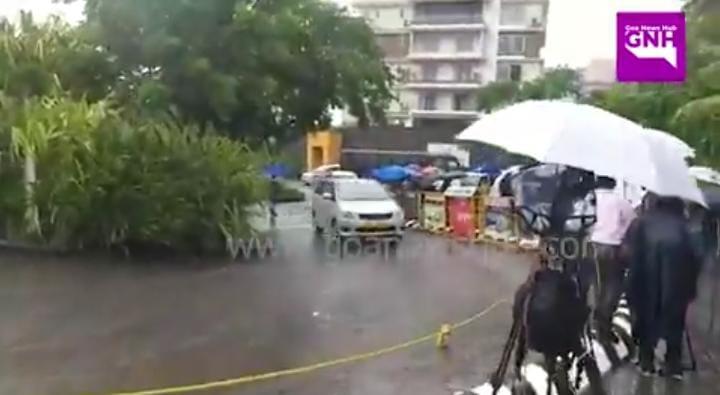 Panaji: Goa BJP President Sadanand Shet Tanavade on Thursday met breakaway Shiv Sena MLAs from Maharashtra at a starred resort where they have checked in.

Eknath Shinde led MLAs have been camping at a starred hotel at Dona Paula near here since Wednesday night.

Tanavade arrived at the hotel on Thursday morning where he was for more than an hour. “I met the Shiv Sena MLAs. It was a courtesy visit,” Tanavade said, after leaving the hotel.

When asked whether he had political discussions with Shinde, Tanavade said that he has nothing to do with it.

“It was just a courtesy visit. I went to say Hi to them,” he added.